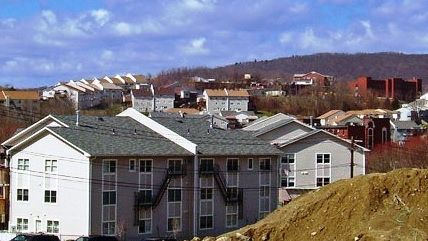 A series of federal raids were conducted around the village of Kiryas Joel in upstate New York, Forward reports. Accounts on social media suggest participation in the raids by the FBI, the Bureau of Alcohol, Firearms, Tobacco and Explosives (ATF) and the Sullivan County district attorney's office.

Neither the FBI nor the U.S. attorney's office provided Forward with a comment, but the Jewish media outlet suggested the raids may have to do with a couple of ongoing controversies in Kiryas Joel—a video of an ultra-Orthodox principal kissing a boy that is being investigated by local authorities (the school defends his actions), and/or a scandal involving alleged misuse of federal e-Rate funds by Orthodox institutions in Kiryas Joel and elsewhere in upstate New York as well as Williamsburg, Brooklyn.

The e-Rate scandal has already led to federal raids in Kiryas Joel and elsewhere in New York. The federal e-Rate program offers money to libraries to purchase servers as well as to subsidize the cost of phone and internet access. The definition of a library and what kind of institutions qualify is determined at the state and local level. In New York, the determinations are made by local library associations. Most require the institutions have a librarian with a master's degree.

The Metropolitan New York Library Council (METRO) offers "collegial" level membership for libraries that don't meet all the qualifications. Such institutions then qualify for e-Rate funding and, as Forward reported in 2013, some Orthodox institutions joined METRO to qualify for funding, and then allegedly received far more than would be necessary for the institutions given their small size. Many of the institutions were Satmar Hasidic—Forward reports that one of the community's two top religious leaders had decreed that Satmar children who had internet at home could not attend Satmar schools, thus spurring growth in internet cafes as well as the library-like institutions under scrutiny.

Congress passed legislation to set up E-rate in 1996. It's funded by "universal" fees on phone and internet bills, and the program spends $2.25 billion a year on subsidies. The program has been plagued with fraud and waste almost from the beginning, including a previous multi-million dollar fraud in New York in 2002. The amounts involved in Kiryas Joel are in the six-figure range. That means that if today's raids are associated with the e-Rate scandal, the cost of the probes and raids could easily surpass the amount of money involved in the fraud. Fraud prevention easily leads to more waste.

In the meantime, internet access has expanded since the 1990s largely thanks to private enterprise and the lack of onerous regulation. Local government efforts at managing and meddling with internet access are often disasters, with local governments also choking broadband competition and impeding internet access that way as well. E-rate is a program that's long outlived its usefulness, if it even had any in the first place. The plug should have pulled after the first multi-million dollar fraud—there are more efficient ways to improve internet access, with the near ubiquity of internet access in the U.S. today serving as evidence of that in action.