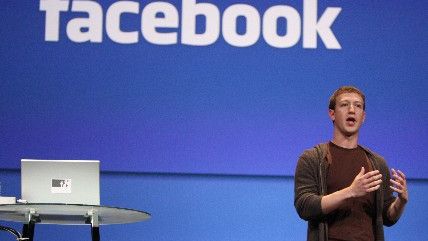 In response to yesterday's news that several ex-Facebook news curators had alleged systemic political bias regarding the stories and outlets permitted to receive a plum spot in the social media giant's Trending news section, Sen. John Thune (R-S.D.) has written a letter on behalf of the US Senate Committee on Commerce, Science and Communication to Facebook CEO Mark Zuckerberg.

Writing that "Facebook has enormous influence on users' perceptions of current events, including political perspectives," Sen. Thune says if Facebook's claim of using a "neutral, objective algorithm" based on users' organic sharing of news stories to maintain "a platform for people and perspectives from across the political spectrum" is false, this would constitute "mislead[ing] the public," which he says lies within the Committee's oversight authority.

Facebook issued a statement this morning denying the allegations that it suppressed conservative news and that it "artificially forced ?#?BlackLivesMatter? to trend."

A partial list of the questions and data requested by Thune are below:

In the letter to Zuckerberg, Thune requested this information by "no later than May 24," and also asked for the "employees responsible for Trending Topics" to appear in Washington to brief the Committee.

Ironically, Thune has repeatedly voted against the reinstating of the "Fairness Doctrine," the law that required the Federal Communications Commission (FCC) to enforce equal time for competing political view points.

The senator was right then, and he's wrong now.

Facebook is a private company with the right to provide services to its customers — who use the product for free — in whatever way it sees fit. Conservative entreprenuers are free to start their own social media websites and impose ideological purity tests on the news items they choose to promote. There is simply no reason to make a federal case out of what is essentially headline aggregation.

Thune's demand that Facebook release internal documentation is a time-consuming, costly imposition on the way the company chooses to do business, but calling senior staffers to Washington, DC so they can be grilled by a Republican-led senate committee is absurd.

But since a great many congressional hearings exist only to provide valuable TV face-time for the committee members, Thune may very well be hoping to have his moment in the spotlight where he can accuse hoodie-wearing Silicon Valley millennials of brain-washing the public into accepting their political worldview.

The threat of a federal investigation into a social media website over how it shares its content could have a chilling effect on the free expression of other media, as well. Imagine a Democratic-led Commerce Committee investigating Fox News because it found the network's claim of being "Fair and Balanced" to be misleading, and thus, worthy of a congressional investigation. In the public interest, the government could take any media company's mission statement, decide that it is misleading, and order an inquiry.

(Note: This post has been updated since originally being published.)