Love Mezcal and Tequila? Then You Should Hate This Law

A misguided proposal from the Mexican government threatens the future of agave spirits. 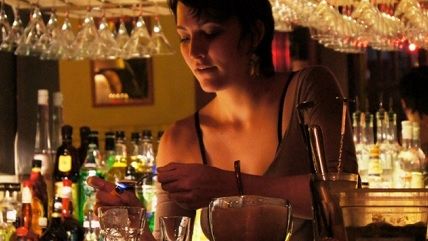 Among the relics tucked into the Sauza Family Museum in Jalisco, Mexico is an old liquor bottle labeled "Mexican whiskey." The liquid inside it wasn't what we'd call whiskey today. It was a spirit distilled from agave, presented in the guise of something more familiar to appeal to American drinkers. That may have been a smart tactic initially, but popularizing the spirit eventually required consumers to understand it on its own terms: Not as some south of the border whiskey knock off, but as a distinct category of spirits with its own culture and traditions, which we all know now as tequila.

In recent years Americans have added another, much older word to their spirits vocabulary, "mezcal." If you've been into a fancy cocktail bar lately, chances are good that you've seen a mezcal cocktail on the menu or a row of mezcal bottles lining the back bar.

You may have also heard a bartender give the standard elevator speech for mezcal: that it's the name for the broader category of Mexican agave spirits of which tequila is merely the most familiar, much as cognac is the most famous style of brandy; that mezcal is more rustic than tequila, boasting wildly assertive flavors; that the spirit is becoming incredibly popular among the cocktail cognoscenti; and perhaps that the future of mezcal is threatened by a new law currently under consideration by the Mexican government.

That legislation is NOM 199, a proposal that would place additional restrictions on some of the least advantaged producers of agave spirits just as just as mezcal is finally beginning to receive the global acclaim it deserves. These distillers are already forced to compete without using the word "mezcal" on their labels; the term is governed by Denomination of Origin (DO) regulations that limit its use to just seven states in Mexico. Producers outside of those regions make spirits historically and informally known as mezcal, but they're not permitted to call it that on their labels or when exporting. Instead, they must market their products as "destilado de agave," or agave distillate.

This is a truthful description of their product, though many producers resent being excluded from the mezcal DO and make the case that use of the word has precedent in a much larger area than current law recognizes. But all definitions of spirits by geographic borders involve some arbitrary demarcation, and if this were only a debate about where to draw the line for where the word "mezcal" can be put on a bottle, it would be a less interesting story. NOM 199 goes even further, banning producers not only from calling their product mezcal, but requiring them to abandon use of the word "agave" as well. A new word, "komil," would be forced upon them. Critics assert that this would further marginalize the producers of these spirits, many of whom are poor and live far from the central Mexican government.

Their first objection is to that problematic label "komil," a Nahuatl word presumably chosen for its lack of cultural context or relevance to traditional Mexican spirits. The Tequila Interchange Project, a non-profit organization that works to preserve traditional Mexican spirits through advocacy and education, objects that there "is no connection anthropologically, biologically, historically, and above all socially, between the word 'komil' and agave distillates. This Nahuatl word meaning 'intoxicating drink' or 'alcoholic drink' could etymologically refer to eggnog or tequila." It's a vague and meaningless term, no more descriptive than "liquor" or "booze."

Forcing the word "komil" on distillers outside the mezcal DO would surely disadvantage them, but the liquor industry is no stranger to educating consumers about the ins and outs of spirits classification. It's possible to imagine komil following the same path as tequila and mezcal toward recognition by consumers, if that's what regulators dictate. Or at least it would be, if the proposed law didn't also forbid distillers from accurately informing consumers about what's in their bottles.

By reserving use of the word "agave" to producers of mezcal and tequila, NOM 199 goes beyond protecting a specific term to censoring producers who would like to accurately describe their products; a rough analogy would be forcing whiskey distillers to label their product "hooch" and forbidding them from revealing the grains they use to make it.

Under the proposed regulations, spirits in the new category "komil" would only need to be made from 51 percent agave. Producers would be banned from including information about the types of agave they use or even whether they make a pure agave product. TThere would be no way to differentiate on the label between a small-scale producer distilling from 100 percent agave and an industrial factory cutting their agave with cheaper sugar cane or corn. Although the DO regulations are supposedly justified by the need to protect the quality of agave spirits, the fact is that NOM 199 would advantage producers of low quality mixto tequilas over distillers making 100 percent agave spirits outside the DO region.

"This proposal would further impoverish and marginalize traditional and indigenous people in some of Mexico's poorest regions," says Clayton Szczech, founder of Experience Tequila and Experience Mezcal, a company that leads visitors on tours of Mexican distilleries. "Globally, there are now more people interested in Mexican spirits than at any other point in history, and many consumers are willing to pay just prices for the most traditionally and laboriously produced mezcals. This proposal is a crass attempt to channel that interest and revenue into areas that currently enjoy DO status, and lock out less privileged producers from potential sources of income."

The recent success of mezcal has been built at least in part on radical transparency. Labels on some bottles of mezcal feature some of the most detailed disclosures of any spirits in the world, often listing the varietals of agave, the type of still, the town of origin, the name of the mezcalero who makes it, the number of distillations, the methods of grinding and cooking the agave, the volume produced, and more. Communicating this information has helped fuel passion among consumers, who dive deep into the intricacies of the spirit at a growing number of mezcalerias around the world.

The speed with which mezcal has changed its perception as bottom shelf hooch with a worm in it to specialty spirit commanding prices rivaling single malt Scotch is remarkable. But this growth also causes tension. More than any other spirit, mezcal walks a tightrope between being too esoteric to be commercially viable and becoming so trendy that its most desirable aspects get lost to industrial scale production.

To their credit, many owners and representatives of reputable mezcal brands within the DO have been vocally opposed to NOM 199, even though they would ostensibly stand to benefit from restricting competition. "You're dealing with a lot of indigenous cultures that have a history of being oppressed by an elite class," says Francisco Terrazas, who formerly managed the agave-focused bar The Pastry War in Houston, Texas, and now works for Mezcal Vago. "My hope is that this recent controversy will bring attention to the significant barriers to entry that are already excluding more than half of the states that have a cultural history of mezcal production."

The contentious disputes over mezcal highlight the various ways that laws intended to protect consumers and uphold quality standards for food and drink products can have the unintended opposite effect. I recently noted the case of Scotch whisky producers forbidden from revealing the composition of their blends and of a Florida dairy fighting for the right to accurately label its additive-free skim milk. Libertarians are often skeptical of protected geographic names, but these kinds of proposals are even more restrictive, censoring truthful communication from producers to buyers. A better, though more costly alternative to NOM 199, would be to bring additional regions into the DO, which would at least address concerns about inspections and quality.

Fortunately, there is broad opposition to NOM 199, thanks to advocates within Mexico and among agave lovers around the world. A similar proposal was defeated in 2012, and the Tequila Interchange Project has been promoting a petition to reject NOM 199. "If we care about the future of agave, agave distillates, and the people whose lives are built around its propagation, harvesting and distillation, we can not allow this proposition to become law," concludes the petition. "Without our action they will have no future."

Jacob Grier, a freelance writer, bartender, and consultant based in Portland, is the author of The Rediscovery of Tobacco (Kindle Direct) and Cocktails on Tap (Stewart, Tabori and Chang).