Beware assuming this means the administration is pro-encryption. 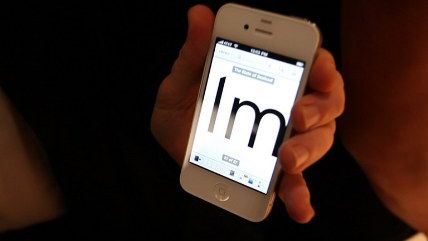 Reuters has an "exclusive" from sources connected to the White House saying the Obama administration is not going to be publicly supporting proposed Senate legislation that would require tech companies to assist law enforcement in cracking the security of their own devices and software.

Take note, though, that the reporting by Mark Hosenball and Dustin Volz does not indicate what, exactly, is the reason the administration is holding back:

The decision all but assures that the years-long political impasse over encryption will continue even in the wake of the high-profile effort by the Department of Justice to force Apple to break into an iPhone used by a gunman in last December's shootings in San Bernardino, California.

President Obama suggested in remarks last month that he had come around to the view that law enforcement agencies needed to have a way to gain access to encrypted information on smartphones.

But the administration remains deeply divided on the issue, the sources said.

While the draft legislation being put together by bipartisan Senate surveillance state supporters Dianne Feinstein (D-Calif.) and Richard Burr (R-N.C.) has not been publicly released yet, sources have indicated the proposed law would legally authorize what the FBI attempted to do with Apple in its efforts to break through the security of San Bernardino terrorist Syed Farook's work iPhone. It would allow a federal judge to order a tech company to assist the government in bypassing the security of its devices or software. Such a law would end the need to try to convince a judge that the ancient All Writs Act could be used to draft tech companies to assist the government.

If the Reuters sources are accurate, it's easy to assume this seriously reduces the chance that an encryption-defeating law will even pass this year, let alone get to the president's desk before the end of his term.

But keep in mind that the administration is likely still monkeying around with the text behind the scenes. The administration had previously taken a dim view of the Cybersecurity Information Sharing Act (CISA), which called for companies and retailers to share private consumer data with the government in order to help fight cybercrime. The administration even threaten to veto early versions of the bill. But Volz at Reuters also revealed last December that the Obama administration was actually quietly behind-the-scenes influencing the legislation to make it broader and allow the authority granted by CISA to share your user data without you even knowing to be used fight all sorts of crimes that have nothing to do with cybersecurity. Then the law was renamed, shoved into the December omnibus spending bill, and passed with almost no discussion and debate.

Whatever this administration has said publicly, the policies it has actually pursued do not indicate that the executive branch acknowledges much restraint on its authority. I would be skeptical of the idea that the administration might oppose encryption-busting legislation because they're concerned it gives the Department of Justice too much power.