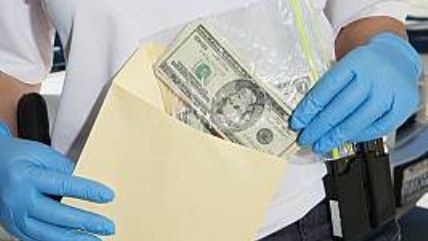 Looking at polls showing public attitudes toward civil asset forfeiture really helps you realize how much law enforcement and prosecutors are able to subvert the public interest in the name of pursuing money.

New polls from Utah and Florida show that once Americans understand what "civil asset forfeiture" is—a mechanism by which police can seize assets and property from people based on suspicion of criminal activity that does not have to be proven—they are overwhelmingly opposed to it. The numbers from the two polls were almost the same. In Utah 83 percent of those polled opposed the concept of civil asset forfeiture. In Florida, 84 percent opposed it. And yet, reforming the system is a huge struggle. Reformers in Florida just had a victory there, passing a new law requiring that people actually be charged with a crime in order to attempt to seize their stuff.

Understanding the issue is key. According to the Utah poll, 77 percent said they had never even heard of "civil asset forfeiture laws." And yet, nine percent in Utah and eight percent in Florida said they knew somebody who had their property seized by police without being charged with a crime.

So the information campaign is important, and we're seeing anti-civil forfeiture commentaries and editorials pop up in media outlets across the country where the issue is discussed. In New Mexico, where the toughest state-level asset forfeiture reform occurred a year ago, the citizenry were informed about forfeiture due to highly publicized police abuses captured on video. It seems likely that the more people learn about it and the more it keeps happening, the less complacent voters will be about it and the more they'll push for reform. Jason Snead, a policy analyst with the Heritage Foundation's Edwin Meese III Center for Legal and Judicial studies, pointed out in The Daily Signal how much police have become dependent on asset forfeiture and how little they seem to care about the impact:

In a 2001 survey of 1,400 law enforcement executives, 40 percent of respondents reported that they considered forfeiture revenues to be a necessary component of their budgets. Since 2008, 298 police and sheriffs' departments and 210 task forces have seized the equivalent of 20 percent of their budgets each year.

This is not the way that law enforcement financing is supposed to work. Each dollar of revenue generated by the forcible seizure of property is a dollar taken from a potentially wholly innocent person. Law enforcement proponents of civil forfeiture contend that they seldom, if ever, take money from people not actively involved in criminal activity, yet an amazing number of abusive forfeiture stories continue to surface. The fact is, too many law enforcement officers appear to be wholly indifferent (or at least insufficiently sensitive) to the actual guilt or innocence of the person whose life savings or family home is on the line.

Read more from Snead here. Read Reason on asset forfeiture here. Possibly the most important thing a knowledgeable libertarian can do about fighting civil asset forfeiture is to help spread the word about what it is and why it is bad to non-libertarians. Politicians who are considering pushing for reforms need to know that they're not going to end up punished at the polls when police unions and prosecutors turn against them. Since polls consistently show that an informed public opposes civil asset forfeiture, an education campaign should be a top priority.

Maybe this can help people understand: In Oklahoma, a sheriff was recently indicted for extortion and bribery over a civil asset forfeiture case involving $10,000 found in a car during a traffic stop.