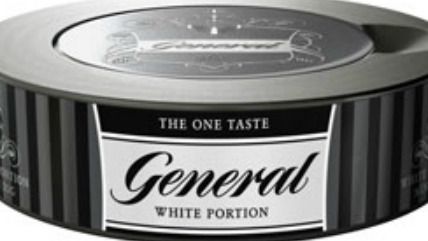 In a blistering indictment of lying in the name of "public health," two prominent tobacco researchers slam medical organizations and government agencies for suppressing information about the huge difference in risk between cigarettes and other nicotine products. Writing in The International Journal of Drug Policy, Lynn Kozlowski, a public health professor at the State University of New York in Buffalo, and David Sweanor, an adjunct law professor at the University of Ottawa, argue that a quasi-official "information quarantine" surrounding smokeless tobacco and e-cigarettes endangers people's lives based on implausible utilitarian concerns coupled with "emotionally charged moral reactions" of "disgust and contempt."

Back in 2003, Kozlowski and another co-author looked at what the Centers for Disease Control and Prevention (CDC) and the Substance Abuse and Mental Health Services Administration (SAMHSA) were saying about smokeless tobacco, which is at least 50 percent and may be more than 90 percent less hazardous than cigarettes (depending on the diseases considered and the type of smokeless tobacco, with low-nitrosamine, Swedish-style snus the least dangerous). The CDC and SAMHSA, ostensibly devoted to educating the public about health issues, not only overlooked the huge difference in risk; they falsely claimed smokeless tobacco is just as dangerous as cigarettes.

Last fall Kozlowski and Sweanor revisited the CDC and SAMHSA sites, and this time they also considered information presented by the Mayo Clinic, the National Cancer Institute (NCI), and the American Cancer Society (ACS). They found that the Mayo Clinic was still incorrectly telling people smokeless tobacco is no less dangerous than cigarettes, while SAMHSA and NCI provided "no cigarette-comparative risk information that might help correct public misunderstandings." The ACS site was the best of the lot, saying "smokeless tobacco products are less lethal than cigarettes," but it gave no indication of how big the difference is.

This information quarantine seems to be pretty effective at keeping the public in the dark. Kozlowski and Sweanor cite an NCI survey that found just 13 percent of Americans know "some smokeless tobacco products, such as chewing tobacco, snus, and snuff, are less harmful to a person's health than cigarettes." Ignorance about the relative hazards of e-cigarettes, which are estimated to be something like 95 percent safer than the conventional kind, is also widespread, thanks largely to pronouncements from government agencies and anti-smoking groups that are unhelpful at best and downright false at worst. According to a 2015 Reuters poll, just 35 percent of Americans understand that "e-smoking is healthier than traditional cigarettes." The rest, nearly two-thirds, either disagree with that statement or don't know.

"If science learned that one type of alcoholic beverage caused 3 in 5 regular users to die prematurely, losing 10 years of life, while another alcoholic beverage caused 95% or even 9.5% fewer premature deaths, consumers would want to know which legal product was which," Kozlowski and Sweanor write (citations omitted). "It would be scandalous, even criminal, to keep such facts from consumers. Yet such facts are being kept from adult consumers of legal tobacco/nicotine products either by not informing or actively misinforming consumers. It is as if tobacco consumers were blindfolded and not allowed to see dramatic differences in harm from different products."

The government not only refuses to tell people about the harm-reducing potential of smokeless tobacco and e-cigarettes. It will not let manufacturers of those products share this potentially lifesaving information. As Kozlowski and Sweanor note, the law that authorizes the Food and Drug Administration (FDA) to regulate tobacco products "forbids marketing by manufacturers of any reduced-harm product information unless it has been proven before marketing that such marketing will not have an adverse effect on population health, a near-impossible task, a barrier that no product has yet surmounted, and one not imposed on other FDA-regulated product categories."

That standard means the FDA can censor truthful information about less hazardous alternatives to cigarettes based on worries about how some consumers might respond to the information. Maybe some smokers who switch to snus would otherwise have given up tobacco entirely. Maybe some people who otherwise never would have tried tobacco will start using snus. Maybe some of those people will move on to cigarettes. "Even if some smokers who switch to SLT [smokeless tobacco] do reduce their individual risk," the CDC argued in 2003, "it is plausible that overall population health risk would increase if SLT were promoted as a potential reduced-exposure product."

It is in fact not at all plausible. Given the huge health advantage of snus, there would be a net reduction in tobacco-related disease even if the entire population started using it, unless they subsequently switched to smoking. As Kozlowski and Sweanor point out, there is little evidence of such a "gateway" effect. "Theoretical concerns are not enough…to justify information quarantine," they write. "Both a) evidence of a problem and b) evidence that the deception/evasion is important in dealing with the problem are needed."

From a libertarian perspective, of course, the CDC's concerns would not justify censorship and deception even if there were evidence to back them up. But the government's current policy is misguided even by the paternalistic standards of "public health," which allows withholding information when the benefits (including prevention of self-harm) are believed to outweigh the costs.

Kozlowski and Sweanor argue that "the demonization of tobacco/nicotine products and the tobacco industry may have distorted public health principles by acting as if all tobacco products should be banned." They note that "a moral outrage has characterized views on tobacco which has been much greater than for other unsafe, legal and even illicit consumer products." That emotional reaction explains why "harm reduction principles have been readily embraced for many decidedly unsafe commercial products (cars, pharmaceuticals, alcohol), and for behaviors often illicit or morally objectionable to others, yet cigarettes and tobacco have been treated quite differently."

Underlining that inconsistency, Kozlowski and Sweanor offer some provocative comparisons. "Telling consumers that all product options are as bad as cigarettes is untrue and almost certainly as deadly for users as telling at-risk populations that condom use affords no protection," they write. Regarding the prohibitive requirements for marketing reduced-risk tobacco products, they say, "It is as if needle-exchange programs had to prove no negative public health effects before being implemented—while heroin given via dirty syringes was sold over the counter."

It may seem hyperbolic to charge people like CDC Director Tom Frieden and celebrity physician Margaret Cuomo with the public health equivalent of discouraging condom use and blocking access to clean hypodermic needles. But the analogies are apt. If you want to curtail the spread of communicable diseases, easy availability of condoms and clean needles is a no-brainer. But if you want to discourage sex and heroin use, you may decide that making those activities safer is counterproductive. Public health officials and medical authorities who misrepresent the hazards of smokeless tobacco and e-cigarettes have made a similar judgment, and it is just as reprehensible.