The state of the electorate 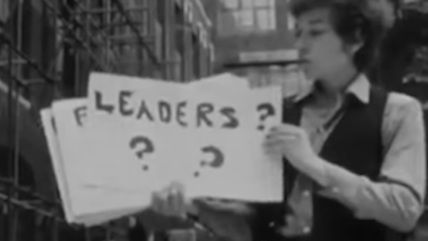 Just how dissatisfied are Americans right now? A new poll from Quinnipiac asked voters if they believed "The old way of doing things no longer works and we need radical change." Sixty-seven percent of the respondents agreed, including a majority of almost every candidate's supporters: 83 percent of Trump's, 76 percent of Sanders', 60 percent of Cruz's, 54 percent of Kasich's. (With Trump, a majority—55 percent—"strongly" agreed.) Only Clinton's supporters tended to reject radicalism.

Of course, the nature of that radical change varied from one movement to another. As you might expect, for example, Republican voters were more likely to agree that "The government has gone too far in assisting minority groups." And the Trumpites were the only group where a majority strongly agreed that we need "a leader who is willing to say or do anything to solve America's problems" (though if you combine the "strongly" and "somewhat" agreers, Cruz also exceeded 50 percent).

Everyone seems to be putting their faith in leaders, though—or at least they'd like to. Witness the responses to this question:

The Trumpsters may be the furthest over the top on that question, but a majority of all five candidates' backers agreed. A depressing result, at least for those of us who want the sort of radical change that dispenses with powerful leaders rather than puffing them up more.