A frantic establishment reaches for any club in a political brawl, intellectual consistency be damned 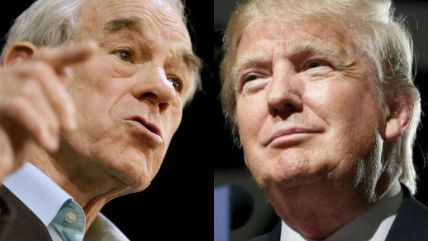 The headline news today is that Republican presidential frontrunner Donald Trump is finally faltering a bit in his historically odd, remarkably successful march to the Republican nomination. The betting-markets wags at PredictWise have him down to 66 percent likelihood of winning the right to face (in all probability) Hillary Clinton, down from 82 percent at the beginning of the month. Trump's chances of reaching a nomination-clinching 1,237 delegates before the Republican National Convention are fading by the minute.

This momentum for team #NeverTrump is placing a premium on the arcane rules by which the GOP decides what to do at a brokered convention. And to the surprise of no one who has been paying attention in either this or the previous presidential cycle, the establishment is lunging for any blunt instrument possible to beat back the unwashed insurgents.

Politico reports that "All four early appointees to the rules committee for this year's Republican National Convention" are "prepared to weaken or scrap" the rule "requiring a candidate to win a majority of delegates in eight states to be eligible for the party's nomination." If the rule stays, the only likely challenger to Trump at the RNC would be Ted Cruz. If the rule goes, potentially any Republican could win the nomination after delegates are released from their first-ballot responsibility to vote for their predetermined candidate.

The irony is not lost on any Ron Paul supporter. This rule was adopted at the last possible minute before the 2012 convention to gratuitously throw sand in the face of Dr. No, and also to Tea Partiers and grassroots supporters of Rick Santorum. The Mitt Romney-supporting party grandees were not worried about any actual challenge to the then-frontrunner's nomination—that was already wrapped up. No, they just didn't want any unseemly displays of non-Romney affection from the convention floor. It was a grotesque power play, an in-your-face reminder of who holds real pull in Republican politics: certainly not the little people who had gone to all that trouble to learn obscure parliamentary procedure over a period of years. I saw scores of previously enthusiastic delegates and volunteers reduced to tears on the balcony of the 2012 RNC in Tampa, saying stuff like "We were railroaded. This is the shot heard 'round the world." It's on the shortlist of deep grievances that the conservative grassroots has had with the party's establishment since 2008.

It's their party, and they can change the rules if they want to, but the likely reversal is yet another sign that Republican elites are frightened by their own base, and certainly hew to no consistent organizing principle aside from persistently trying, often counter-productively, to suppress at critical moments their own customers' unruly passions (which they are otherwise content to whip up). And by contemplating these changes late in the game, instead of back in January, the GOP geniuses are ensuring maximum Trumpian blowback.

After the jump, some Reason TV reportage from the 2012 RNC outrage: