Ted Cruz Wants Special Police Patrols in Muslim Communities. Ask NYPD How That Went for Them. 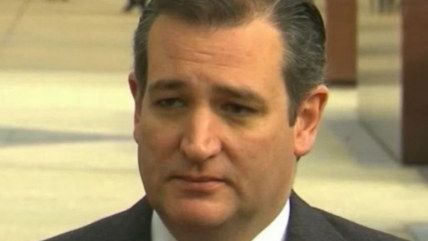 So now Sen. Ted Cruz is in favor of "New York values" after all? In response to the terrorist attack (ISIS is now claiming responsibility) in Brussels, Belgium, Cruz repeated his campaign talking points about President Barack Obama refusing to say "radical Islamic terrorism," but he also added, "We need to empower law enforcement to patrol and secure Muslim neighborhoods before they become radicalized."

This treats radicalization as though it is some sort of transmittable virus. It also expresses an attitude of inevitability to it. Cruz suggests that if the police don't do anything, Muslims in their neighborhoods are all destined to turn into violent radicals regardless of how they currently feel.

We know that's not true, and we know what this mindset ends up leading to, because the New York Police Department already pulled this post-Sept. 11. Their idea of "securing" Muslim neighborhoods before they "become radicalized" involved mass surveillance of Muslim communities in New York and New Jersey, the use of paid informants, and in the end it actually damaged the police's relationship with the community once it was exposed. What it didn't do is actually uncover so much as a single radical plot by potential Muslim terrorists in the community. Eventually, after being sued, the NYPD agreed to end the program.

Cruz is nominally against some mass surveillance. He supported the USA Freedom Act, which scaled back some of the mass metadata surveillance authorities the National Security Agency (NSA) seized under the PATRIOT Act. Treating about three million Muslims in the United States as potential terrorists on the basis of affiliation with a particular faith is yet another justification for mass surveillance.

The reality is that there is no simple, easy solution to fighting possible homegrown radicalization, and this is an election cycle that revolves around declaring problems can be fixed by assertion and fiat. We'll close our borders! We'll kick out all illegal immigrants! We'll just make college free! We'll "defeat ISIS." Most of the political responses to the Brussels attacks have been to repeat the same things these people have been saying all along. There is no introspection here from a candidate who claims to support religious liberty. Imagine if police responded to a Christian domestic terrorist attack by mimicking this model proposed by Cruz. He would make an advertisement out of it as evidence of Christianity being "under attack" and campaign on it. And he'd be right.

The response from those who fear Muslim radical violence is that the comparison isn't fair because there are many more of those terrorists than the occasional Christian who runs amok. While this is true, that doesn't logically mean that Muslim radicalization is therefore some inexplicable disease that randomly takes hold of practitioners of the faith and turns them dangerous, like some sort of demonic possession. If there were a massive uptick in Christian terrorism, it's still extremely unlikely that Americans would accept mass surveillance as part of the solution and they certainly would not embrace an argument that contends that communities need to be "secured" from magically spread radicalization. Whatever the solution to Muslim radicalization is, New York City has already shown us that it is most certainly not treating the faithful as though they are potential threats.

Update — The Cruz campaign elaborated on his comments, courtesy of Sahil Kapur of Bloomberg:

I think the senator has confused snooping on Muslim communities with working with them.