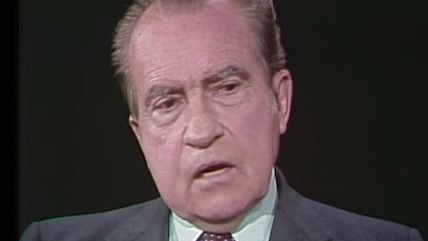 President Richard Nixon launched the War on Drugs for one specific reason: to decimate his perceived political enemies—the anti-war left, and black people.

That's according to an anecdote in a lengthy cover story for Harper's, in which journalist Dan Baum recounts an interview he conducted with John Erlichman, a former Nixon staffer who was jailed for one year due to his involvement in the Watergate scandal. Unprompted, Erlichman confessed the true purpose of federal drug prohibition:

"You want to know what this was really all about?" he asked with the bluntness of a man who, after public disgrace and a stretch in federal prison, had little left to protect. "The Nixon campaign in 1968, and the Nixon White House after that, had two enemies: the antiwar left and black people. You understand what I'm saying? We knew we couldn't make it illegal to be either against the war or black, but by getting the public to associate the hippies with marijuana and blacks with heroin, and then criminalizing both heavily, we could disrupt those communities. We could arrest their leaders, raid their homes, break up their meetings, and vilify them night after night on the evening news. Did we know we were lying about the drugs? Of course we did."

The dastardly plan failed only in the sense that Nixon ultimately lost—a victim of his criminal behavior and utter lack of scruples. But the War on Drugs certainly brought ruin, poverty, and crime to minority communities, cost the nation outrageous sums of money, and expanded the scope of the federal government's oppressive power. This was not done for any noble public purpose—it was a political gambit, nothing more.