Australia's Gun 'Buyback' Created a Violent Firearms Black Market. Why Should the U.S. Do the Same?

With years of increasing domestic peace behind us, Americans should avoid policies that seem designed to empower organized crime. 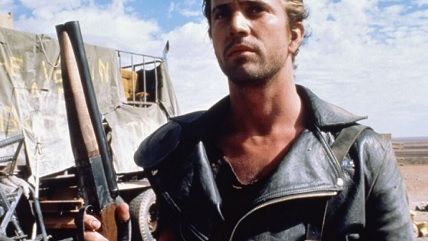 On the campaign trail and speaking to audiences fearful of firearms in the hands of their friends and neighbors, Hillary Clinton says "Australia is a good example" as she points to a model she wants to emulate in revising the country's gun laws. "The Australian government, as part of trying to clamp down on the availability of automatic weapons, offered a good price for buying hundreds of thousands of guns. Then, they basically clamped down, going forward."

The president invokes the country's restrictive laws so often that at the recent "Guns In America" town hall on CNN, host Anderson Cooper pointed out "You've praised their policies over and over."

"Over and over?" Maybe it's time to tell the president and his likely successor that the policies they so admire have been largely flouted, and that Australia remains a mostly peaceful country despite a foolish and intrusive legal tantrum that is fueling the growth of a large black market served by organized crime.

Clinton and Obama tout a 1996 "gun buyback" that was actually a compensated confiscation of self-loading rifles, self-loading shotguns, and pump-action shotguns in response to the Port Arthur mass shooting. The seizure took around 650,000 firearms out of civilian hands and tightened the rules on legal acquisition and ownership of weapons going forward.

As a result, concluded one academic assessment, "Suicide rates did not fall, though there was a shift toward less use of guns, continuing a very long-term decline. Homicides continued a modest decline; taking into account the one-time effect of the Port Arthur massacre itself, the share of murders committed with firearms declined sharply. Other violent crime, such as armed robbery, continued to increase, but again with fewer incidents that involved firearms."

A largely peaceful country remained peaceful, with alternative weapons sometimes adopted in place of guns by those who weren't so well-intentioned.

What the law couldn't do—what prohibitions can never accomplish—was eliminate demand for what was forbidden. And demand has an inescapable habit of generating sources of supply. If that demand can't be legally satisfied, it will be met through black market channels.

In Australia, part of the supply of banned firearms comes from defiance of the original prohibition. The Sporting Shooters' Association of Australia estimates compliance with the "buyback" at 19 percent.

Other researchers agree. In a white paper on the results of gun control efforts around the world, Franz Csaszar, a professor of criminology at the University of Vienna, Austria, gives examples of large-scale non-compliance with the ban. He points out, "In Australia it is estimated that only about 20% of all banned self-loading rifles have been given up to the authorities."

But that defiance was mostly on the part of peaceful civilians who just didn't want to bend their knees to politicians, and it was 20 years ago. What about the bad actors supposedly targeted for disarmament by the government?

Just days ago, Australia's Peter Dutton, Minister for Immigration and Border Protection, and Michael Keenan, Minister for Justice, held a joint press conference to announce "We don't tolerate gun smuggling in Australia and we know Outlaw Motorcycle Gangs are engaged in it. We have been keen to send the strongest possible message from Canberra that we're not going to tolerate people smuggling in guns or smuggling in gun parts. You'd appreciate that even one smuggled gun can do an enormous amount of damage."

When politicians announce that they don't tolerate something, it's a fair bet that the something is completely out of hand.

More recently, the country's The New Daily gained access to "previously unpublished data for firearms offences" and reported a surge in crime "including a massive 83 per cent increase in firearms offences in NSW between 2005/06 and 2014/15, and an even bigger jump in Victoria over the same period."

"Australians may be more at risk from gun crime than ever before with the country's underground market for firearms ballooning in the past decade," the report added. "[T]he national ban on semi-automatic weapons following the Port Arthur massacre had spawned criminal demand for handguns."

Much as the Mafia and other organized criminal outfits rose to power, wealth, and prominence by supplying illegal liquor during Prohibition in the United States, outlaw motorcycle gangs in Australia appear to be building international connections and making money by supplying guns to willing buyers.

It's as if Australian politicians looked at America's experience and said: what the land down under really needs is its own Al Capone—but Mad Max-style, with leather and a hog.

Once you enable organized crime, there are no boundaries. Australia's criminal gangs supply not just pistols, but weapons up to and including rocket launchers—some of which may have ended up in terrorist hands. "Police have only ever recovered one of the 10 rocket launchers," a report notes in the wake of an incident involving (you guessed it) a "bikie."

Obviously, items like rocket launchers come from specialized sources. "[T]hefts of guns from the Australian defence forces accounts for a steady stream of weapons falling into the hands of criminals," according to yet another news report. The military-sourced guns have been linked to crimes, including murder.

But like American bootleggers who supplemented smuggled booze with bathtub gin, Australia's organized criminal outfits have learned the joy of DIY production.  A South Australia man was arrested in 2012 for manufacturing guns, including submachine guns, for criminals. A year later, New South Wales jeweler was busted for cranking out "up to 100 of the perfectly constructed MAC 10 machine guns" for motorcycle gang members.

Maybe Australia already has its own biker Capone.

Make no mistake about it, Australia is a generally peaceful country with a 2014 murder rate of 1.0 victims per 100,000 persons and an overall homicide rate, including manslaughter, of 1.8. In 2000 the Australian Institute of Criminology reported "the homicide rate for Australia has stayed remarkably constant. The highest rate recorded over the last 11 years was 2 per 100,000 and the lowest rate was 1.7 per 100,000." So in the intervening years, they've basically seen a continuation of the "modest decline" referred to in the academic assessment cited above.

By contrast, without Australia's confiscation policy, the United States has seen its murder (including nonnegligent manslaughter) rate drop from 9.3 homicides per 100,000 U.S. residents in 1992 to 4.7 in 2011 and decline further, to 4.5 per 100,000 in 2014, the last year for which full data is available. During this time, the number of firearms in civilian hands increased by roughly 50 percent, to an estimated 300 million.

If Australia's gun policy has coincided with a continuing "modest decline" in its homicide rate, it has had more dramatic results elsewhere. The confiscation drove many of the country's peaceful gun owners underground. It also—and this is important if America's Prohibition-era experience is any guide—empowered a growing organized crime network that is enriched by the trade in guns, drugs, and other goods that people desire and that governments vainly tries to keep out of their hands. That crime network has developed international contacts, and grown wealthy and dangerous. Investigative journalists suggest the organized black market in firearms is fueling a surge in crime that has yet to appear in statistics.

Australia will have to live with the rise in organized crime for years to come.

Hillary Clinton, Barack Obama, and their friends need to explain to us why we should risk America's current success at reducing violent crime with an Australian policy that has succeeded most obviously at fueling the rise of a down-under Mafia awaiting only the obvious rise of an armaments Al Capone. We already lived through Prohibition once. Australia may not have learned from our experience, but we don't have to emulate that country's mistake.