Amazon says the wage-gap proposal is "vague and misleading" but securities regulators disagreed. 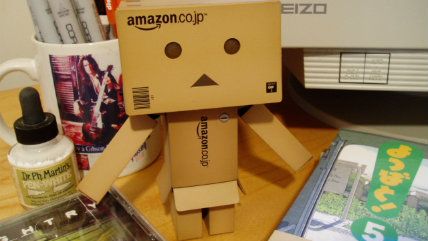 Should shareholders have a say in how companies report on their "gender pay gaps"? The U.S. Securities and Exchange Commission (SEC) says yes, rejecting a request from Amazon.com to avoid shareholder voting on a pay-gap proposal that the tech company calls "vague and misleading."

The pay-gap proposal comes via Arjuna Capital, an arm of the investment firm Baldwin Brothers, on behalf of Amazon shareholders Michael and Margherita Baldwin. In 2015, Arjuna asked Amazon and eight other tech companies to hold shareholder votes on whether the companies should report "the percentage pay gap between male and female employees, policies to address that gap, and quantitative reduction targets."

"It's not simply a social justice issue," said Natasha Lamb, director of shareholder engagement at Arjuna, to Reuters. "It's an issue that affects performance, affects the company's ability to attract and retain top talent."

The Arjuna proposal explains that "the gender pay gap is defined as the difference between male and female earnings expressed as a percentage of male earnings according to the Organization for Economic Cooperation and Development" (OECD).

But Amazon sought permission from the SEC to omit the proposal from shareholder voting. In a January letter, it complained that the proposal offered no instruction on how to calculate the pay gap and claimed that "neither shareholders nor [Amazon] can determine what action the Proposal requires, rendering the Proposal impermissibly vague and misleading." Arjuna's letter referenced the OECD definition, but OECD offers multiple ways of calculating the gender pay gap.

OECD's "definitions and sources" file "contains a list of the 43 definitions of 'earnings' OECD 'used for the calculation of the gender pay gap in,'" noted Amazon. "The Proposal gives no indication of how earnings should be calculated for purposes of the requested report. Among other things, the Proposal makes no mention of whether the gender pay gap is calculated based on median earnings or mean average earnings, whether earnings are calculated based only on full-time employees or full-time/full year employees, or whether part-time employees should be included (and if so, whether their earnings should be converted to a full-time equivalent basis). Finally, the Proposal gives no indication of which of the various definitions of earnings used by the OECD is to be applied."

"Different calculation methods for determining 'earnings' could show significantly different results," it continued. "Thus, by referring to a third-party standard for reporting on the gender pay gap, a central and critical aspect of the Proposal, but failing to adequately describe the standard, and in fact misleadingly suggesting that there is a single, clearly understood OECD standard, the Proposal is impermissibly vague and misleading."

Arjuna responded that "the current proposal does not incorrectly describe any standards because it does not point to any set of standards to implement the proposal." The gender pay gap, "defined or not, is a commonly understood and significant social policy issue and a topic on which shareholder are equip to weigh in," it argued to the SEC. "The [OECD] definition is simply included to prevent an argument by the Company that the Proposal is vague or indefinite."

In a March 15 response, the SEC told Amazon that it may not omit the proposal from proxy materials and a shareholder vote. SEC Attorney-Adviser Ryan J. Adams stated that the SEC was "unable to conclude that the proposal is so inherently vague or indefinite that neither the shareholders voting on the proposal, nor the company in implementing the proposal, would be able to determine with any reasonable certainty exactly what actions or measures the proposal requires."