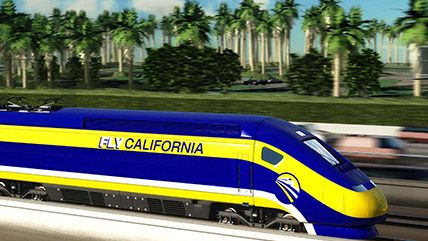 California's high-speed rail boondoggle survived a major challenge in court this week when a Sacramento judge ruled that the bullet train did not violate voter restrictions passed in 2008.

Plaintiffs—which included property owners in Kings County, California—claimed the train violated standards passed by voters under Prop 1A in 2008 because of changes to route maps, timetables, and construction plans.  According to the Los Angeles Times:

"The 2008 bond act, which provided $9 billion for the high-speed rail program, required that the train system would have to be financially viable, allow the operation of trains every five minutes in each direction, operate without a subsidy, have all the funds identified for an operating segment before the start of construction and travel between Los Angeles and San Francisco in two hours and 40 minutes, among other things."

In his ruling, Judge Michael Kenny stated that there was not enough evidence and that the claims made in the suit were "not ripe for review", which means that the project can move forward.

There are still many legal, financial, and political hurdles the high-speed train must clear before the train even finishes it's first operation segment in 2025. And while the "Browndoogle" marches forward, property owners are fearful they will lose their land for a project that may never see completion. You can hear their stories in the video below.