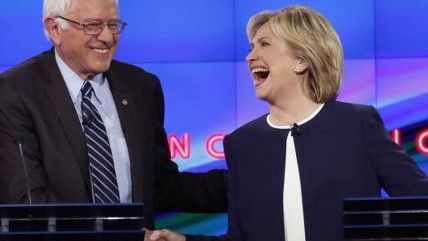 UPDATE: The debate's over. Thanks for joining us. We'll be back in 21 hours for tomorrow's GOP debate.

Democratic presidential hopefuls Hillary Clinton and Bernie Sanders meet in Miami for a Univision/Washington Post debate, to be simulcast by CNN at 9 p.m. eastern.

Viewers can watch the debate live on the Post's website.