How to Beat the DMV Bureaucracy

Sometimes you need more than just the law and policy on your side. 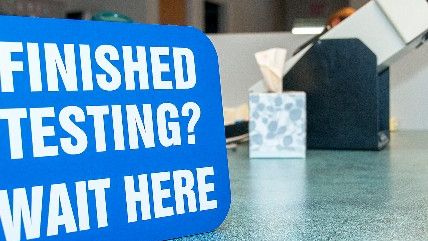 as "Journalism in the Public Interest," and what could be more in the public interest than helping the citizenry beat the unnecessary roadblocks imposed by public employees?

Birch suffers from oculocutaneous albinism, an eye condition which allows her to see well enough to drive safely but which prevents her from making out the small-printed text of an eye exam. She writes, "even though I can't read those tiny little letters on the sheet of paper they hold up, doctors in three states now have concluded my vision is good enough for me to safely drive."

The NY DMV provides a form which allows a person to submit a doctor's evaluation of their ability to drive. Even though Birch had that form, as well as a doctor's thumb's up, she knew she was in for a long hard slog at the most loathed of state bureaucracies because as she notes, "government workers can still make it difficult for you to get what you're qualified for under the law."

She provides helpful tips for success in a place where you are literally just a number to the people who work there:

Her mantra for slaying the beast can be summarized as "Be nice, know your shit, but don't take any shit." But Birch puts it much more politely here:

Bottom line: Don't get pushed around. As much as you can, know what you are and aren't obligated to do in a given situation. Be open to talking something through, but don't get bullied into unnecessary hassles.