The measure is now awaiting the signature of Democratic Gov. Kate Brown. 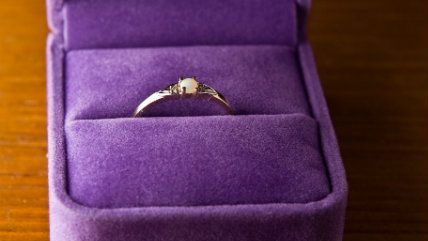 There are a lot of hoary old jokes about the difference between dating or marriage and prostitution, but their punchlines all center on the idea that sex work and romantic bliss only differ by a matter of degrees. Oregon officials are now working to close this gap, by broadening the scope of activity that can be criminalized as prostitution. Under a measure passed unanimously by state Senators this week, the offense of "promoting prostitution" will include not just facilitating sexual services for a fee but also receiving goods, services, or anything of value in exchange for aiding, promoting, or "caus(ing) someone to engage" in prostitution.

The bill was passed by the Oregon House of Representatives on February 4, and is now awaiting the signature of Democratic Gov. Kate Brown.

Lawmakers say the measure is needed in order to prosecute sex traffickers, who often recieve things other than cash for facilitating sexual contact with victims. Granted, no one has any evidence of this happening at all, let alone frequently, but when they do, I guess Oregon lawmakers will be prepared.

Sex-worker advocates, meanwhile, say the measure will harm the most vulnerable among them the most. Many homeless young people wind up exchanging sexual favors for shelter, food, and other basic needs because resources like homeless shelters are way too overstretched, they pointed out to lawmakers. Criminalizing these attempts to survive won't open up more shelter beds, it will just make survival that much harder.

While we haven't gotten dystopian enough quite yet for cops to target conventional dating under this statute, it seems plenty plausible that it would be used to go after grey areas. "Sugar baby" relationships—where wealthy, older men provide gifts, pay rent, etc., for women they're sexually involved with—are a tale as old as time, but now that they're facilitated by apps and websites, their transactional nature has been turning more meddling heads.

Nita Belles, managing director of an organization promoting the legislation, sees all of these things as perks. "It may be that somebody is sleeping on somebody's couch for the purposes of having a place to sleep, and in exchange for the opportunity to sleep on that couch, they are required to have sex with somebody in the house," she told KTVZ Oregon. "A tablet, an iPad, a computer, an iPhone—something like that in exchange for sex. So now, it doesn't have to be a transaction of money."

"Belles said this will allow more prosecutions without the need for evidence of money being exchanged," KTVZ notes.