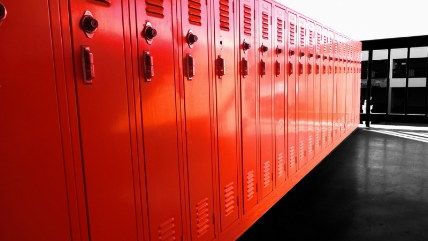 An Albany, Texas, police officer has been fired after a student at Albany High School found drugs in his locker following a police dog training exercise. Officials refused to release the name of the officer or the officer's role in leaving drugs at the school.