Mayor says he doesn't care if the ban is unconstitutional and triggers a lawsuit because he is protecting the city's "brand." 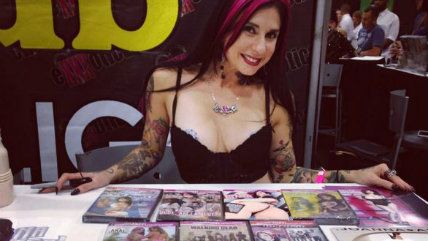 Deep in the heart of Texas, a First Amendment battle is brewing over whether a city can arbitrarily ban groups from a public convention center.

Because the convention center is owned by the city, officials can't just ban groups from meeting there because they don't like them. As Council Member Philip Kingston pointed out, "when you have a publicly owned convention center it's the well-established law of the United States that you have to accept events like Exxxotica. You also have to accept events that would be far worse than Exxxotica, like … groups that have vile and negative speech."

Does Dallas have a brand, outside of bad television tropes? I've certainly never heard anyone who's visited or come from Dallas say anything good about the place, and my own experience there was that it looked like the kind of city where dreams go to die. But if this move is representative of the Dallas brand, than I guess the city wants to be known for being big-government-promoting, public-funds-wasting, crony-capitulating prudes.

The move to ban the expo comes amid complaints from the president and CEO of the city chamber of commerce; the convention center's namesake, Kay Bailey Hutchison; and billionaire oil and real estate tycoon Ray Hunt. In a letter sent to the City Council last weekend, Hunt insisted that allowing the Exxxotica convention would violate city regulations on sexually oriented businesses.

But not so, said City Attorney Warren Ernst—the regulations do not apply to temporary events. Additionally, Dallas Police Chief David Brown testified that there was no spike in prostitution around last year's expo and that undercover officers found no violations of state obscenity laws or any other criminal activity taking place there.

For city crusaders, however, it's the principle of the matter, constitution be damned. Mayor Rawlings said he knew the ban would likely bring a lawsuit, but he thinks it's worth the price. He went on to brag about other onerous regulations the Dallas City Council has passed knowing full well the city would be sued over them. Apparently money is no object to virtue-signaling when it's done on the taxpayers' dime.