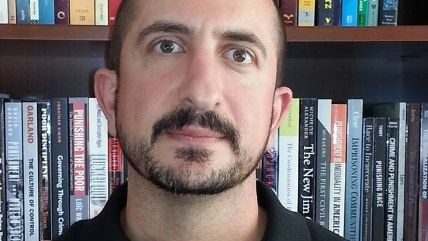 Robert Weide, an assistant sociology professor at the California State University at Los Angeles, doesn't think much of that school's chapter of the Young Americans for Freedom. After the group announced it would host a speech by conservative author Ben Shapiro on "When Diversity Becomes a Problem," Weide posted on the group's Facebook page, comparing them to white supremacists and saying the event would need police protection. When others began to push back, he challenged them to a wrestling match, but warned "I lift bro."