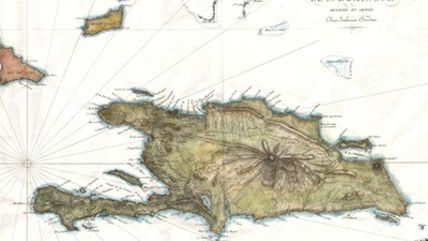 Last year, the government of the Dominican Republic cracked down on "immigrants" from Haiti—I put immigrants in quotes because some of the people being kicked out of the country had lived there literally their entire lives. Writing in The New York Times, Jonathan Katz examines the aftermath:

Immigration patrols did not swarm into Haitian neighborhoods of Santo Domingo. Families were not seized from farms. The Dominican minister of the interior and police, José Ramón Fadul, offered mild assurances, telling The Associated Press the day after the deadline that any future "repatriations" would be drama-free: "It will be a gradual process, as it should be, without any sudden surprises."

As international attention turned away, however, people of Haitian descent quietly began crossing Hispaniola's divide. In some cases, they were removed by Dominican troops and immigration patrols, which have officially deported 14,000 people since the June deadline, according to the Dominican government. But far more have left on their own—some 70,000, according to the Dominican Republic's director general of immigration. They have become voluntary migrants of the least voluntary sort, fleeing an atmosphere of fear and confusion created by ever-shifting laws, vague threats, byzantine registration programs and spasms of racial violence.

"There are a lot of people that think there is going to be war," Peres Yves Jean [one of the exiles] told me in November, as we sat on upturned plastic tubs outside his shelter in Parc Cadeau. "I don't know how. But they say it in the news. They say all the words. So the people, they don't know what the government is going to do."

Jean lives in a settlement whose conditions, Katz writes, are "worse than anything I saw in the Port-au-Prince displacement camps after the 2010 earthquake." Jean himself had actually been expelled before the deadline, then returned, then left again:

Peres Yves Jean told me that in March…he was coming back from a day job when a khaki-colored truck stopped him on the road outside Los Patos. Deportations weren't supposed to happen until the registration program had run its course, in June. But the men in khaki uniforms—most likely agents of the Specialized Border Security Corps, or Cesfront—didn't seem to care. They asked him for ID. When he didn't have any, they drove him 50 miles west to the border at Anse-à-Pitres, snapped a couple of mug shots and left him on the other side.

Jean says he waited until the truck disappeared from sight, then simply walked back into the Dominican Republic. He splashed across the shallow Pedernales River and trudged up into the green mountains, past cattle herds, fields of plantain trees and the rhythmically whooshing turbines of a wind farm, carefully avoiding the checkpoints manned by soldiers on the lookout for Haitians. After two days of walking, he reached the palmwood shack, where Lamour and the children were waiting, with no idea where he had gone. They rushed to embrace him. Then they gathered their things and left.

Jean's family first moved elsewhere in the Dominican Republic, and then, as the deadline neared, most of them fled to Haiti. That border corps, incidentally, was partly made in the U.S.A.: "Citing counterterrorism needs and the fact that the Dominican Republic and Haiti are conduits for cocaine bound for the United States," Katz reports, "the United States helped create and train Cesfront, the border force that most likely deported Jean in March, and has provided biometric equipment of the sort used to process immigrants and deportees."

The whole article is worth reading. Check it out here.