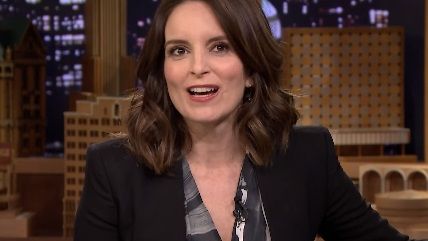 Comedian, actress, and producer Tina Fey recently gave an interview in which she said "steer clear of the Internet and you'll live forever." Her observation, it seems, was that social-media-generated outrage toward perceived offensiveness has gotten out of hand.

Case in point: Unbreakable Kimmy Schmidt, a Netflix show created by Fey, drew criticism for revealing that actress Jane Krakowski's character is Native American, even though Krakowski is a white woman.

Fey had this to say on the subject:

We did an Unbreakable Kimmy Schmidt episode and the internet was in a whirlwind, calling it 'racist,' but my new goal is not to explain jokes. I feel like we put so much effort into writing and crafting everything, they need to speak for themselves. There's a real culture of demanding apologies, and I'm opting out of that.

I haven't seen any of Unbreakable Kimmy Schmidt, so I have no idea whether the choice to make Krakowski Native American was funny, offensive, or a mix of both. Perhaps Fey made a bad call in this case. But she's right that a lot of critics—and a lot of people on the Internet—seem ready to leap down comics' throats every time they run across a joke they don't like. Think of the attacks on the brilliantly funny Amy Schumer, who largely caved to public pressure to renounce her heresies.

If Fey is serious about opting-out of outrage culture, she might want to follow the leads of Chris Rock and Jerry Seinfeld and steer clear of college campuses.

Related: Can We Take a Joke? Standup Comedy vs. Political Correctness