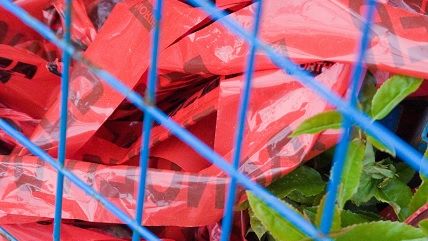 A "considerable portion of America's exploding inequality," writes Steven Teles, "has been generated by government itself… While the state is sometimes the friend of those working to produce a more egalitarian society, it is just as often the tool of those who would entrench inequality."

That program requires health-care providers to get the state's permission before making new investments, such as building a hospital or buying an MRI machine. The result–the primary objective, in fact–is to restrict the supply of health care and limit competition. This raises prices and benefits market incumbents, especially large hospital corporations and the (often quite rich) doctors and executives who work for them.

Economists refer to that unearned benefit as "rent," which Teles defines as "legal barriers to entry or other market distortions created by the state that create excess profits." The interests that receive such rents fiercely defend them, which helps explain why efforts to repeal Virginia's COPN rules have fizzled.

Earlier this month a state panel that had been studying the regulations recommended several minor changes–starting with drafting a statement of purpose, since even that is unclear–but not eliminating COPN wholesale. Elimination of COPN would lead to greater supply, and lower prices, as even the Justice Department and Federal Trade Commission repeatedly have pointed out–which would allow the market to transfer wealth from suppliers to consumers.

Teles doesn't refer specifically to COPN laws in his article, "The Scourge of Upward Redistribution," which appears in the Fall issue of National Affairs. But he does point out that doctors, who make up a good part of America's richest 1 percent, extract rents from the public through other government policies. One of those is licensure: "The law specifies tasks that only licensed doctors can perform, even though nurses are capable of performing them."

Licensing limits the supply of physician services in other ways, too. Physicians in other countries often make considerably less than their American counterparts. But those who move to the U.S. usually have to take years of retraining, no matter how advanced their degrees or their skills. This despite the fact that parts of the U.S. suffer from a severe doctor shortage. Why not encourage immigration by foreign doctors – especially from advanced countries – and allow them to start practicing quickly? Or, to take another example: Why not let eyeglass companies offer on-site optometry exams, which Virginia and many other states prohibit?

The answer is obvious: the doctors' lobby. Medical providers have a large financial incentive in the status quo. The rest of us have a very real but much smaller financial interest in changing it. Guess who's going to lobby Congress about the issue? Bingo. This is the same problem of concentrated benefits and dispersed costs that causes so many other regressive policies, from farm subsidies to import tariffs.

But Teles argues that lobbying is only part of the problem. There is also "cultural capture": "Public officials tend to be disproportionately wealthy and have common social and educational experiences with those seeking high-end rents. Thus, when policymakers consider the claims of people like them–financiers, car dealers… dentists and doctors–they are likely to be sympathetic." Moneyed interests also have a cadre of influence-peddlers who can appear before boards and commissions, submit public comments to rule-making agencies, and produce studies designed to make self-seeking look like public-spiritedness. That is why nearly every major proposed government program, project or regulation is supported by "research" purporting to show that it will "save money in the long run." (If that were true, then at some point government spending would go down and stay down – which it never does.)

Health care is an extreme example, but upward redistribution of wealth through government action affects nearly every sector of the economy. In most states, direct sales of new automobiles to consumers are forbidden–you have to buy through a dealership. Roughly a third of all occupations now require a government license–up from only 5 percent of all occupations a few decades ago.

Technology has eroded the power of cartels and trade unions in some areas–newer market entrants such as LegalZoom can provide many standard legal services at a fraction of the traditional cost–but has left others untouched. Teles points out that the "unit cost of intermediation" in the financial sector has largely held steady–in part because the financial sector is so heavily regulated, and the regulators are so heavily influenced by those they regulate.

All of this is fixable: We can roll back occupational licensing, relax restrictive patents and copyrights, recognize foreign medical credentials, and more. Repealing Virginia's COPN requirements would be an excellent place to start.