6,000 Felons Released From Prison. Why You Shouldn't Worry.

Low-level, non-violent drug offenders with no history of violence. 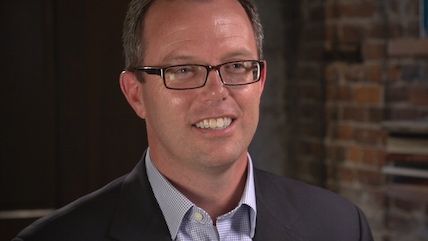 Has President Obama released 6,000 violent criminals ready to roam the streets of America? Not even close, says Kevin Ring of Families Against Mandatory Minimums. Ring told Reason TV Editor-In-Chief Nick Gillespie that the people being released are almost all low-level, non-violent drug offenders with no history of violence.

"There [are] very few violent prisoners in the federal system, those are mostly in state prisons," says Ring who also points out that a number of these prisoners are going to be deported anyway.

Ring, a former Republican operative, says conservatives should take a second look at corruption at the Department of Justice (DOJ).

"If conservatives looked at [the DOJ] like they looked at EPA or FDA, they'd see the same sorts of abuse, fraud, and overzealous abuse of power." For more, watch, "Don't Be Afraid of Those 6,000 Felons Just Released From Prison."