The Low-Tax Pete-Seegerism of John Fogerty 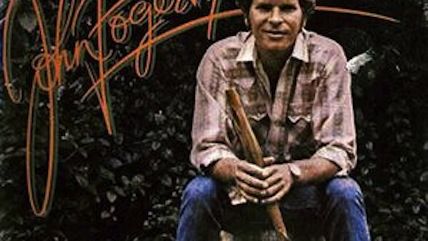 And then there's my favorite: the people who think for themselves too much to simply adopt a party line, but who aren't so focused on politics that they've bothered to formulate a firm philosophy. So they give you a mixed-and-matched hodgepodge of opinions held together by personality as much as anything else. You know: like normal people do.

John Fogerty comes from category four. Back in 2013, the former Creedence Clearwater Revival frontman said he'd "still loosely call myself a Democrat, but you know, I realize I'm probably a lot more like some kind of libertarian or something." It wasn't entirely clear what he meant by that, and now, two and a half years later, someone has gotten around to following up. Submitted without further comment, here is Andrew Kirell talking with Fogerty in The Daily Beast:

Q: A few years ago, you told Marc Maron, "I realize I'm kind of a lot more like some kind of libertarian or something." Do you still feel that way?

A: Well, I don't entirely know their philosophy. I just feel that I'm pretty liberal in the Pete Seeger tradition. I still feel that way. It isn't that I've gotten old and, oh, now I want to protect myself or my pocketbook. I'm always surprised, though. I'll be riding in a car and I'll think, "You know, John, economically you're more in a place where all those Republicans are." And I go, "Oh, well, yeah, but that doesn't matter. I don't like the Republican point of view."

But I do try to keep an open mind to what people are saying. I definitely can understand how some folks think that Democrats only raise taxes. And it certainly looks that way a lot of the time. I think the thing I'm more tempered with is that our system, our government, our politics is so complicated. For instance, let's use Mr. Obama as a good example. Boy, there was so much euphoria when he was first making those wonderful speeches and drawing big crowds in 2008. It all sounded like the new Jesus or something, and then he gets elected and us liberals are waiting for this cool stuff to happen. And then the first thing that happened was that he got very quiet about the stuff he said when he was getting elected. We've certainly seen a lot less of him.

The other thing is that as you get older, you start to realize, hmm, the candidates on both sides start to look more and more similar than when you were maybe 22 years old. The stuff they end up doing after they get elected starts to look more like each other than the difference that you once thought existed.

I look back to 2008 and Tim Geithner was the guy Obama selected for his cabinet and it turned out he was a big Wall Street guy who hadn't paid his taxes for many years. Oh, that should tell you something. It's exactly like what the other side of the aisle does. Maybe that's symbolic.