'We have people out of work. We have ISIS and al Qaeda attacking us. And we're talking about fantasy football?' 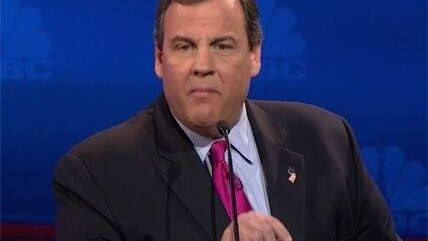 In the midst of the massive train wreck that was this evening's CNBC-"moderated" Republican presidential candidate debate, the scattershot bouncing between topics landed oh-so-briefly on fantasy sports regulation.

The question was first directed to former Florida Gov. Jeb Bush, who seems to be fading further and further behind the pack in this race. Tonight's performance is not likely to provide a boost. Bush was asked whether he thought fantasy sports should be considered gambling and regulated by the federal government. Bush responded:

I think this has become something that needs to be looked at in terms of regulation. Effectively it is day trading without any regulation at all. And when you have insider information, which apparently has been the case, where people use that information and use big data to try to take advantage of it, there has to be some regulation.

If they can't regulate themselves, then the NFL needs to look at just, you know, moving away from them a little bit. And there should be some regulation. I have no clue whether the federal government is the proper place, my instinct is to say, hell no, just about everything about the federal government.

Note how he instinctively seems to go straight for regulation, but then kind of backs off a bit and wonders if the federal government is the right choice to regulate.

New Jersey Gov. Chris Christie thought even bringing up fantasy football regulation at this debate was just absurd and he didn't wait to be called upon (an ongoing theme this evening) to cut in:

Are we really talking about getting government involved in fantasy football?

We have — wait a second, we have $19 trillion in debt. We have people out of work. We have ISIS and al Qaeda attacking us. And we're talking about fantasy football? Can we stop?

How about this? How about we get the government to do what they're supposed to be doing, secure our borders, protect our people, and support American values and American families. Enough on fantasy football. Let people play, who cares? [Transcripts courtesy of Washington Post]

Christie garnered both laughter and applause from a crowd that may or may not have agreed with him, but was definitely very annoyed by the kinds of questions being asked and definitely perceived the moderators as hostile to the candidates.

When you're getting pantsed on regulations by Christie of all people, a big government Republican who loves government surveillance, hates marijuana legalization, and openly derides any sort of libertarian streak within the party, you have truly lost your way.

Anyway, the major fantasy sports leagues have agreed to create a self-regulating body to ensure ethical behavior by the companies, though no doubt it's not going to be enough for some who want to regulate (and get their cut of the money, obviously). Jim Pagels delved into the subject for Reason and details how government meddling will no doubt end up hurting fantasy sports' consumers.