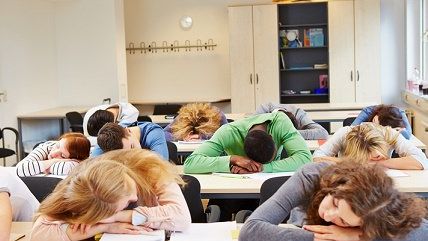 A depressing new poll demonstrates the extent to which open contempt for free expression has become the default position of college students: a slim majority of surveyed students support regulating permissible speech on campus, and 63 percent believe trigger warnings should be mandatory.

That's according to a forthcoming survey in New Criterion's November issue, The Wall Street Journal reports:

To put some numbers behind that perception, The William F. Buckley Jr. Program at Yale recently commissioned a survey from McLaughlin & Associates about attitudes towards free speech on campus. Some 800 students at a variety of colleges across the country were surveyed. The results, though not surprising, are nevertheless alarming. By a margin of 51 percent to 36 percent, students favor their school having speech codes to regulate speech for students and faculty. Sixty-three percent favor requiring professors to employ "trigger warnings" to alert students to material that might be discomfiting. One-third of the students polled could not identify the First Amendment as the part of the Constitution that dealt with free speech. Thirty-five percent said that the First Amendment does not protect "hate speech," while 30 percent of self-identified liberal students say the First Amendment is outdated.

We should be clear about what these results mean. It is not merely the case that most students like trigger warnings and think responsible faculty ought to include them. No, students think trigger warnings should be mandatory. Their concerns about the emotional needs—real or perceived—of their classmates comes first; the faculty's free speech rights come second.

Given the rest of the results, it's worth wondering whether students' plainly awful views on this subject are born of pure ignorance. It seems to me this oddly popular, patently false idea that hateful speech is an illegal category of expression might inform students' views on speech codes and trigger warnings.

It also seems clear that many young people—particularly liberal young people—see the First Amendment as an obstacle to be overcome, rather than a fundamental bulwark that safeguards their own rights. This is a significant social change; the '60s leftists, for instance, properly understood that advocates of radical ideas had to fight for unfettered expression for all in order to guarantee that their own views would be shielded from repression. But perhaps campus leftists can no longer imagine a world where their ideas are broadly vulnerable to censorship—they see the First Amendment as something that only racist, bigoted conservatives need.

Freedom of speech is not just one of many important freedoms, but a precondition for being able to recognize and articulate all others. Put another way, it's the First Amendment for a reason. The fact that college students don't think they need the sort of protection it offers—and in fact view it as a hindrance—is reason for great dismay.