Why Not Let E-Cigarette Companies Tell the Truth?

The problem is too much FDA regulation, not too little. 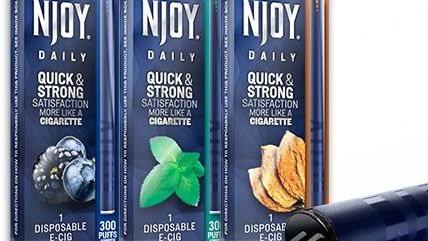 New York Times columnist Joe Nocera once again calls attention to the lifesaving potential of electronic cigarettes and bemoans resistance to this form of harm reduction by the anti-smoking movement. Describing a new e-cigarette model from NJOY that is designed to more closely simulate smoking by delivering more nicotine and a stronger "hit to the back of the throat," Nocera writes:

As [NJOY CEO Paul] Sturman was describing the Daily, I thought to myself, "The tobacco-control community is going to hate this thing." Most anti-tobacco advocates view replicating the feel and satisfaction of a cigarette as an effort to "renormalize smoking." And though some believe that smokers should be encouraged to move to e-cigarettes, most refuse even to acknowledge the health benefits of "vaping" over smoking.

Nocera talks to Matthew Myers, president of the Campaign for Tobacco-Free Kids, who has expressed a willingness to consider the possible public health benefits of vaping but also worries that teenagers who otherwise never would have tried tobacco will get hooked on e-cigarettes and then move on to the real thing (even though there is virtually no evidence that is actually happening). Myers finds the marketing tactics of e-cigarette companies distasteful because they remind him of the approach taken by tobacco companies, implying that vaping will make you cool and sexy. Nocera points out that e-cigarette companies are legally barred from making more substantive claims—for example, noting the clear safety advantages of a product that does not contain tobacco and does not burn anything. Myers responds by criticizing the Food and Drug Administration (FDA) for being slow to regulate e-cigarettes. "I think the FDA deserves to be pilloried," he says.

I agree, although for exactly the opposite reason. It is the threat of FDA sanctions that stops e-cigarette companies from promoting their products based on their main advantage: They are indisputably far less hazardous than conventional cigarettes. According to the FDA, e-cigarettes are tobacco products (even though they contain no tobacco), and any e-cigarette sold based on its health advantages would qualify as a "modified risk tobacco product" under the Family Smoking Prevention and Tobacco Control Act, the 2009 law that gave the FDA regulatory authority over tobacco. That designation requires the manufacturer to "jump through some near-impossible hoops," as Nocera puts it, if it wants the FDA's permission to sell the product. The problem, in other words, is too much regulation, not too little.

Nocera's solution—a collaboration between anti-smoking activists like Myers and e-cigarette companies, "perhaps with state attorneys general to oversee it"—seems highly implausible to me. I say that not just because of the tobacco control movement's irrational animosity toward e-cigarettes (which Nocera is commendably trying to overcome) but because the accomplishment that Nocera cites as reason to hope Myers would lead such a project is passage of the Tobacco Control Act, the very statute that put the FDA in a position to suppress truthful information about e-cigarettes to begin with. Nocera hopes that anti-smoking activists, once they see the light, will tell the truth about e-cigarettes that the companies selling these products are forbidden to tell. While I'd be happy to see such a conversion, I think e-cigarette companies should also be allowed to tell the truth. In fact, I think the First Amendment requires it.