Campus speech and sex repression likely to continue, but there's some good news 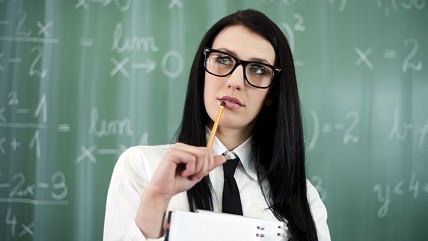 School has been back in session for just over a month, and there's plenty of bad news—though a bit of good news—for advocates of freedom on college campuses. Here are three important recent stories that showcase the current landscape of campus speech and sex repression.

1) The Pronoun Police Are Just Getting Started

Watch your mouth: countless universities have policies in place to discourage students from using offensive language, and some—including the University of California—are exploring ways to make talking even less tolerable on campus.

The University of Tennessee's Pride Center was recently caught trying to goad professors into asking students to pick their pronouns (options include ze/hir/hirs, ze/zir/zirs, and xe/xem/xyr). Conferring with people regarding how they would like to be identified may be the polite course of action, but it's not one the university has any right to compel. Eventually, UT's president clarified that the policy should never have been articulated in such a way as to make compliance seem mandatory.

But the language police aren't confined to UT: earlier this summer, the University of New Hampshire was widely criticized for hosting a "Bias-Free Language Guide" on its website. The overly-broad instructions warned students that seemingly harmless remarks—like calling someone an "illegal alien," "crazy," or even just "American"—were highly problematic. The University of California (UC) hosted a similar guide on its website; administrators even encouraged faculty to attend workshops where they would learn how to purge their classrooms of offensive statements like "America is the land of opportunity."

The UC system is a particularly egregious offender on the speech front: despite serving as the birth place of the free speech movement in the 1960s, UC Berkeley might codify the right to not be offended in the coming weeks. UC's Board of Regents considered such a motion in September, but tabled it.

Why the obsession with controlling language? Some campus administrators, at least, mistakenly believe that federal law already requires them to prevent students from uttering hurtful words. A City University of New York spokesperson told The Wall Street Journal that the university was stressing the use of genderless salutations as a necessary component of regulatory compliance. Since bureaucrats in the Education Department's Office for Civil Rights haven't expressed much interest in clearing up the confusion and stating unequivocally that members of campuses have a First Amendment right to offend, expect more attempts to police speech in the near future.

The American Association of Universities released the results of a massive survey of sexual violence at 27 college campuses. About one in five women—23 percent—said they had been victims of sexual misconduct. That statistic echoed the findings of a recent Washington Post poll of campus sexual assault rates; taken together, the two polls appear to confirm what many ant-rape activists have been saying for years: college is a uniquely dangerous place for women, and all kinds of freedom-negative policies—like affirmative consent and trial-by-administrator—are justified. In the midst of an epidemic of sexual violence, why not try everything and see what works?

But those awful-sounding numbers don't quite survive scrutiny. As The Washington Examiner's Ashe Schow wrote in response to the AAU survey:

The researchers who developed the survey acknowledged fairly up front in their report that a "non-response bias" may have resulted in estimates that are "too high because non-victims may have been less likely to participate." The researchers also acknowledged the large difference in estimates across the 27 schools, meaning that "1 in 5" is not the national percentage of victimhood, despite what every other news outlet will be claiming.

The other major problem with this survey and all others is the expansion of the definition of "sexual assault" to include everything from a stolen kiss to forcible rape. When broken down, 11.7 percent (about 1 in 9) of students across all 27 universities "reported experiencing nonconsensual penetration or sexual touching by force or incapacitation" since enrolling in college.

The Daily Beast's Lizzie Crocker put it this way:

Sexual misconduct is inexcusable, but a minor incident of unwanted touching should not be equated with rape. Indeed, we should educate college women to distinguish varying degrees of sexual assault while still understanding that they shouldn't tolerate or be ashamed of speaking out about sexual assault or misconduct.

Exaggeration of the data, unfortunately, is a staple of the activist campaign to combat campus rape by discouraging students from having sex at all.  The notion that most campus rapists are serial predators has long been cited as evidence that campus administrators need to expel more accused students, but that claim was exposed by Reason as a wild misinterpretation of a highly flawed, unrepresentative study.

Activists haven't gotten the memo. They are still pressuring university administrators, and state and national legislators, to fight the campus rape crisis by implementing a spate of dubious policies. Affirmative consent—the idea that every escalating sex act must be preceded by a verbal "yes," a favorite policy of misguided advocates—is sweeping the nation's campuses: many universities have implemented it on their own, and an increasing number of states legislatures are interested in mandating it.

I delved into some of the problems with affirmative consent in a recent op-ed for The Orange County Register:

The faults are glaring. What if two students say the words before they start kissing but don't re-up the consent discussion before the touching begins? And while it's often understood that "nonverbal cues" play a key role in human interaction, the law doesn't recognize them.

Compounding this problem is the preponderance of evidence standard – the burden of proof in college sex trials as required by the "yes means yes" law. Adjudicators are supposed to find students guilty of assault if they are even 51 percent certain the affirmative consent standard was violated.

This means that accused students must somehow prove to university administrators who lack formal legal training that they had permission to engage in each and every sex act. This confluence of factors, which no actual criminal court would ever recognize as satisfactory for due process, heavily tilts the playing field against accused students, essentially codifying that students in these trials are guilty until proven innocent.

Expelling students because they failed to demonstrate a 51 percent likelihood of their innocence to a panel of incompetent educrats is fundamentally unjust. But it could be worse—during a House panel on campus sexual assault in early September, Rep. Jared Polis (D-Colorado) said that colleges should be able to use an even lower burden of proof standard. "If I was running a (private college) I might say, well, even if there is only a 20 or 30 percent chance that it happened, I would want to remove this individual," he said.

Polis later walked back his comments (despite defending them during an email exchange with me), and said a much lower burden of proof is not something anyone wants. But perhaps he should speak for himself: during the House hearing, when Polis suggested that it would be better to expel eight or nine innocent students rather than let one or two guilty students remain on campus, advocates in the audience cheered.

3) A Silver Lining for Due Process?

Will the campus speech and sex climate ever improve? There is some hope: courts are increasingly pushing back against the havoc being wrought by college administrators at the behest of the Education Department.

A few weeks ago, the University of Michigan vacated its decision in the Drew Sterrett case. Sterrett, a 22-year-old student, withdrew from the university after administrators found him responsible for engaging in nonconsensual sex—a dubious ruling, based on the details of the incident. As Slate's Emily Yoffe wrote:

Legal documents described how the female student, CB, who was a friend of Sterrett's, asked to stay in his room because her roommate was having guests. He expected her to sleep on a mat on the floor and was surprised when she got into his bunk bed. Soon the two were kissing, then more; CB asked Sterrett about a condom, and he got one. Their encounter went on for so long, and was so loud, that Sterrett's roommate, who was trying to sleep in the top bunk, sent Sterrett an annoyed Facebook message about being kept awake. The roommate later gave a sworn statement that he was close enough to the pair that he would have heard, and intervened, if CB had said no or objected.

The semester ended, and Sterrett and CB left school. The events that prompted the university investigation of Sterrett are described in an affidavit sworn on his behalf by LC, a friend of CB and her sophomore-year roommate. While CB was home for the summer, her mother discovered her diary, in which the young woman described her drinking, drug-taking, and sexual encounters. (In her own deposition, CB confirmed the contents of the diary.) After confronting her daughter with her discovery, CB's mother drove her to campus, where CB made her accusation. She never reported it to the police.

UM's investigators treated Sterrett unfairly, even by the low standard of college sexual assault adjudication. They interviewed Sterrett via Skype; when he asked whether he should end the call and contact a lawyer, the investigators implied that such a course of action would be held against him. Sterrett was never notified in writing of the charges against him, was denied the opportunity to confront his accuser, and was disallowed from cross-examining witnesses. The Skype session had been his only chance to prove his innocence.

Sterrett sued, alleging that his due process rights were violated. After a federal court ruled that the lawsuit should proceed, UM opted to reverse its earlier findings.

Sterrett is not the only student to beat the charges against him by arguing abridgment of due process. In recent weeks, two other wrongfully punished young men—the University of Southern California's Bryce Dixon and the University of Tennessee at Chattanooga's Corey Mock—achieved significant victories.

Very recently, the Education Department's Office for Civil Rights—which has long-maintained that Kafka-esque campus rape trials are required under Title IX—seemed to acknowledge (for the first time) the limits of its power. Sen. Lamar Alexander (R-TN), who chairs the Health, Education, Labor & Pensions committee, crashed a different committee meeting in order to interrogate an Education Department deputy assistant secretary, Amy McIntosh, about her agency's regulatory guidance. When Alexander asked whether OCR had the power to compel 6,000 colleges to follow its increasingly cumbersome and absurd dictates—dictates that no legislature or judge ever signed off on—McIntosh admitted no. Here is the exchange, via the Foundation for Individual Rights in Education:

Ms.McIntosh: Let me assure you, I tried to be very clear in my opening statement that guidance that the Department issues does not have the force of law.

Senator Alexander: But this is the assistant secretary of the department, with Title IX, which affects 6,000 institutions, 100,000 public schools. And she apparently hadn't gotten the word. Who's going to tell her? …

Ms. McIntosh: As she knows and as I know, Title IX is the binding law that applies in the cases that you are describing…

Senator Alexander: So guidance under Title IX is not binding—is that correct?

Ms. McIntosh: Guidance under Title IX is not binding. Guidance helps the many people who are subject to Title IX understand what they need to do to comply with the law.

Senator Alexander: Right. But who is going to tell Ms. Lhamon this?

If courts and legislators are finally ready to rein in the rogue agency largely responsible for the recent erosion of student freedoms, the campus environment might improve—or, at least, become less awful—in the not-too-distant future.