FBI Releases Crime Report for 2014; Violent Crime and Property Crime Both Down 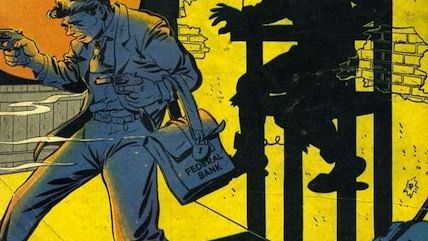 Today the Federal Bureau of Investigation released its annual report on crime in America. In 2014, the FBI says, most crime rates continued to fall:

• The rates for robbery, burglary, larceny, and car theft all continued to decline as well. Motor vehicle thefts showed the biggest reduction from 10 years ago, with the rate sliding 48.1 percent.

• The one other major crime rate that increased from 2013 to 2014 was aggravated assault, which went up 1.2 percent. It was still lower than five years earlier (an 8 percent drop) and 10 years earlier (20.1 percent).

These are, I repeat, the numbers for 2014, not 2015. Many American cities have seen spikes in violent crime this year, and it is possible that the country as a whole will wind up reporting such an increase as well. (The most complete accounting of the year in homicide that I've seen so far is this piece in FiveThirtyEight. It's definitely worth a look, though it has some significant gaps.) But as of December, despite some small but still unwelcome bumps in the rape and aggravated assault rates, crime overall was continuing its long decline.