Join Us Tonight As Reason Livetweets the GOP Debates 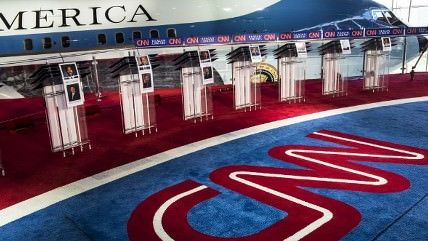 Join us as we livetweet tonight's CNN GOP debates, which will be hosted at the Reagan Library in Simi Valley, California. You can find the tweet stream at reason.com or over at our Facebook page.

We'll kick things off at 6:00 p.m. with the kids' table debate for the candidates who didn't make the primetime cut.

At 8:00 p.m. we'll dive into the grownups debate, which will feature Carly Fiorina, plus the 10 top polling hopefuls from last time:

The debates will air on CNN and be moderated by Jake Tapper, Dana Bash, and Hugh Hewitt. It can be streamed here.