University of California May Codify Right to Not Be Offended 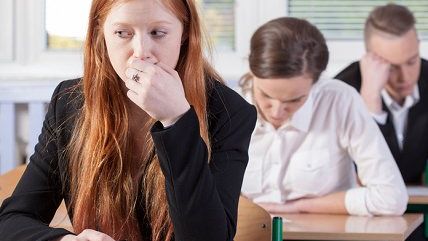 The Regents of the University of California system are considering a proposal that bans intolerance and hate speech, but promises members of the campus community that their free speech rights will still be respected.

Reassured? Yeah, me neither.

Here is the proposal, which will be discussed at an upcoming meeting:

The University of California is committed to protecting its bedrock values of respect, inclusion, and academic freedom. Free expression and the open exchange of ideas — principles enshrined in our national and state Constitutions — are part of the University's fiber. So, too, is tolerance, and University of California students, faculty, and staff must respect the dignity of each person within the UC community.

Intolerance has no place at the University of California. We define intolerance as unwelcome conduct motivated by discrimination against, or hatred toward, other individuals or groups. It may take the form of acts of violence or intimidation, threats, harassment, hate speech, derogatory language reflecting stereotypes or prejudice, or inflammatory or derogatory use of culturally recognized symbols of hate, prejudice, or discrimination.

But what would happen when the university's state commitment to free speech conflicts with its stated desire to eliminate intolerance? And such a conflict is not unlikely, given how broadly UC defines intolerance:

* Vandalism and graffiti reflecting culturally recognized symbols of hate or prejudice. These include depictions of swastikas, nooses, and other symbols intended to intimidate, threaten, mock and/or harass individuals or groups.

* Questioning a student's fitness for a leadership role or whether the student should be a member of the campus community on the basis of race, religion, ethnicity, national origin, citizenship, sex, or sexual orientation.

* Depicting or articulating a view of ethnic or racial groups as less ambitious, less hardworking or talented, or more threatening than other groups.

* Depicting or articulating a view of people with disabilities (both visible and invisible) as incapable.

Under the above definitions, it's easy to imagine a person committing "intolerance" by uttering a statement that should be completely permissible, given free speech assurances. What if a student told his wheelchair-bound friend, "Sorry, dude, you can't join the track team"? Would the student be accused of violating the university's code of conduct for making this insensitive remark?

Defending traditional exclusion of same-sex couples from marriage, by arguing that same-sex couples aren't as good at raising children as opposite-sex couples? (I suspect that view is wrong, but we can only know it's wrong if people are able to freely debate it.) Discussing purported differences in temperament, cognition, and more between men and women? Sharply criticizing certain religious denominations, and suggesting that people who are genuinely committed to those religious denominations are misguided or morally reprehensible? …

Now I'm a tenured faculty member, and I'll keep on expressing my views despite this sort of policy. But what about undergraduates? Graduate students, who might be relying on the university for teaching assistant positions, progress in their departments, and more? Lecturers who don't have tenure? Tenure-track faculty members who don't yet have tenure?

When these students and faculty members are told that certain views about disabilities, about race or ethnicity, or (by obvious extension) about sexual orientation, sex, or religion have "no place at the University" — and violate others' rights to be "free from" such "expressions" — will they feel free to openly discuss these topics? Or will they realize that they had best follow the orthodoxy?

The Regents should reconsider this proposal, in light of the obvious chilling effect it would have on constitutionally-protected speech.