Does Office Depot Have the Right to Refuse to Print Anti-Abortion Fliers? 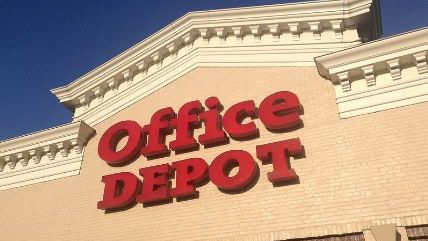 Office Depot is facing a discrimination complaint for failing to accommodate a customer in suburban Chicago.

The customer, Maria Goldstein, came in to get copies of an anti-abortion, anti-Planned Parenthood prayer flier printed up. Office Depot declined. From the Chicago Tribune:

The prayer, composed by the Rev. Frank Pavone, national director of Priests for Life, an anti-abortion group, calls on God to "Bring an end to the killing of children in the womb, and bring an end to the sale of their body parts. Bring conversion to all who do this, and enlightenment to all who advocate it."

The prayer also decries "the evil that has been exposed in Planned Parenthood and in the entire abortion industry."

Karen Denning, a spokeswoman for Office Depot, said company policy prohibits "the copying of any type of material that advocates any form of racial or religious discrimination or the persecution of certain groups of people. It also prohibits copying any type of copyrighted material."

"The flier contained material that advocates the persecution of people who support abortion rights," Denning said.

Goldstein insists it does not call for their persecution, but their conversion. She's claiming religious discrimination, and the story is getting press in conservative circles. She was invited to use the self-service copy machines, but told the Chicago Tribune that would have been an inconvenience. So she got a lawyer:

Thomas Olp, a lawyer for the Chicago-based Thomas More Society, a public interest law group that represents Goldstein, said the situation fits into the public accommodation laws that date back to when businesses refused to serve African-Americans and Jews.

"We're a country of diversity. We don't want to allow people to pick and choose based on their bigotry or hostility," he said. "You need to offer services to the public on a fair and equal basis. This is an example of religious expression. Therefore the law prohibits you from discriminating."

Olp acknowledges that religious freedom and public accommodation laws occasionally might be at odds. Several states are debating whether to pass laws protecting business owners such as bakers and photographers who object to same-sex weddings as a matter of conscience.

"It's a different issue. You can make arguments on both sides," he said. But a person's religion always affords special protection, he said.

"To accommodate religion you have to go out of your way to do something you wouldn't normally do," he said. "If it was simply negative comments about Planned Parenthood, it wouldn't be as strong of an argument."

Illinois public accommodation law does indeed prohibit discrimination of customers on the basis of their religion. But that means it's against the law to turn away Goldstein solely on the basis of her faith. It does not mean, as Olp seems to think, that Office Depot is required to participate in the production of a message with which it does not agree, religious foundations or not. That's compelling speech, and that is a violation of Office Depot's First Amendment rights.

Let's flip the politics around a bit. In Kentucky, a T-shirt company refused to print T-shirts that supported a gay pride event. They were charged with violating the county's public accommodation laws. They originally lost, but eventually a judge ruled that the company had not violated the law. They weren't refusing to serve the customers because the customers were gay. Rather, they refused to participate in producing a message that they found disagreeable. And it was the right decision. Nobody should be compelled to produce messages that support positions they oppose just because they are printers.

The whole gay wedding cake mess has turned out the way it has because judges and government officials don't see the creation of a wedding cake in and of itself as speech. It's different from asking for a cake with icing that spells out pro- or anti-gay (or abortion) sentiment.

Now, I don't think it's actually fair that a baker can be compelled to bake a cake while a printer cannot be compelled to produce a flier or T-shirt (by which I mean everybody should be able to decline business if they want to), but we should be clear that Office Depot is likely in the right here, as was the T-shirt shop in Kentucky.