Does This Study Prove That Vaping Is a Gateway to Smoking? 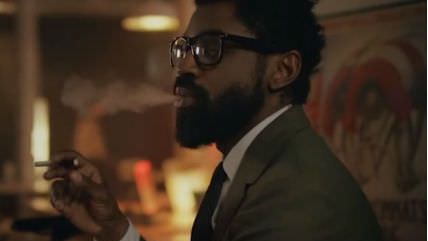 Judging from press reports, a study published yesterday by JAMA Pediatrics shows that vaping is a "gateway" to smoking. What it actually shows is that people who try vaping are more inclined than people who don't to try smoking, which is not quite the same thing.

A gateway effect implies that the experience of vaping makes people more inclined to smoke, presumably because they get hooked on nicotine and yearn for a smellier, more hazardous way to get their fix. To put it another way, a gateway effect means that some people would never have tried conventional cigarettes if they had not encountered e-cigarettes first.

The fact that some people vape before they smoke does not prove such an effect, and neither does the fact that people who report using e-cigarettes are more "susceptible" to smoking than people who don't. Whatever traits or circumstances lead people to try e-cigarettes might also lead them to try conventional cigarettes. The association might be entirely due to those pre-existing differences, in which case there would be no need to invoke any supposed gateway effect.

With those points in mind, let's consider what this study actually found. The researchers tracked 694 nonsmokers between the ages of 16 and 26 who at the beginning of the study said they "definitely" would not try a cigarette offered by a friend and "definitely" would not smoke during the next year. Just 16 of the subjects (2.3 percent) said they had ever tried an e-cigarette. A year later, five of those 16 subjects were no longer "definitely" opposed to smoking, and six more had actually tried a tobacco cigarette. Or as the researchers put it, 69 percent of these subjects had "progressed toward cigarette smoking." Among the subjects who at baseline had never tried e-cigarettes, the rate was 19 percent.

As I mentioned, pre-existing differences may explain the gap between subjects who had tried e-cigarettes at baseline and those who hadn't. Furthermore, although the researchers concluded that "use of e-cigarettes at baseline was associated with progression to traditional cigarette smoking," just six subjects who initially reported e-cigarette use had actually tried conventional cigarettes a year later, and it's not clear that any of them had become regular smokers. Nor is it clear that any of them were ever regular vapers, which would be necessary if nicotine addiction explained the "progression toward cigarette smoking."

As Michael Siegel notes on his tobacco policy blog, "It is entirely possible that all 6 of the youths who had a puff of a cigarette found it distasteful and decided to use e-cigarettes instead. The results described in the study are perfectly consistent with e-cigarettes being a deterrent to smoking!"

While the researchers themselves were relatively restrained in describing their findings, Jonathan Klein, associate executive director of the American Academy of Pediatrics, claimed in an accompanying editorial "we do not need more research on this question," since "these data provide strong longitudinal evidence that e-cigarette use leads to smoking, most likely owing to nicotine addiction." That explanation is plausible only if the subjects who "progressed toward smoking" were regular vapers first and later became regular smokers, two crucial points this study does not address.

The gateway hypothesis that Klein thinks has been definitively proven seems to fly in the face of reality, since smoking and vaping trends are moving in opposite directions. While it's possible that smoking rates would be declining even faster if e-cigarettes had never been invented, critics of these products have not come close to substantiating their suspicions on that score.