New study on campus sexual assault suffers same problems that plague so much research on this issue. 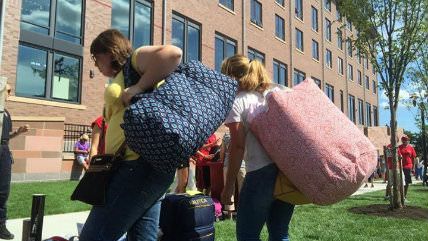 A new survey of Rutgers University students reinforces the idea that one in four college women will be victims of sexual assault… but only if you don't look at the study too closely. Zoom in and you'll find the same problems that plague so much research about sex crimes on college campuses, from defining violence to include rude comments to failing to differentiate between an unwanted kiss and forcible rape.

The Rutgers survey—conducted by the school's Center on Violence Against Women and Children at the request of the White House Task Force to Protect Students from Sexual Assault and the Department of Justice—was carried out last academic year at the state school's New Brunswick campus, attended by about 42,000 students. Around 10,800 students completed the online survey; the majority were undergraduates (80 percent) and women (64 percent).

Survey respondents were presented with that definition, then asked whether they had experienced sexual violence prior to starting school at Rutgers. Nineteen percent of all respondents and 24 percent of undergraduate women said they had.

So what have we really learned here? That one in four female undergrads experienced something between rape and catcalls before coming to Rutgers; one in five female Rutgers undergrads experienced something between forced vaginal penetration and unwanted kissing at the hands of another student-or-not-student, somewhere in the universe, since starting college; three percent of students were perhaps physically threatened, perhaps mildly pressured into sexual activity; and four percent of students have been subject to something between forced oral, vaginal, or anal penetration and an unwanted caress while they were either asleep, totally passed out, or had had a few beers.

"Based on this experience, researchers from VAWC prepared a final report with recommendations to the White House Task force," the school states. In conjunction with releasing the survey, Rutgers announced the launch of a new campaign, "The Revolution Starts Here: End Sexual Violence Now."

Fundamental vagueness isn't the only fatal flaw of surveys like the one Rutgers conducted. As NPR points out, their opt-in nature—less than 30 percent of Rutgers-New Brunswick students took the survey—may skew participants towards those with personal experience with sexual assault.