Prof Accused of Sexual Harassment: Did Northwestern Ignore It Because the Victim Was Male? 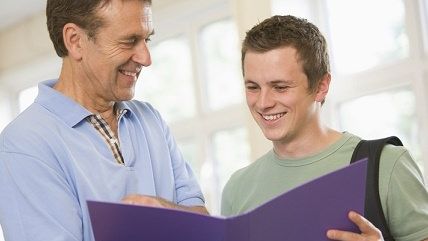 A Northwestern University student has filed a Title IX lawsuit against the administration for responding with "deliberate indifference" to the student's accusation of sexual harassment against a professor.

The student is male, and some wonder whether his gender was a factor in Northwestern's treatment of him.

Federal Judge Sara Ellis ruled last week that the student's lawsuit can proceed. He first reported the harassment to the university in November of 2012. According to The Daily Northwestern:

According to the lawsuit filed in November, the professor recruited the student in 2006 for NU's Medical Scientist Training Program, a combined degree program that allows students to earn a Ph.D and M.D. simultaneously. The professor, then-director of the program, assured the student he would be able to concurrently pursue a third degree, a Master of Science in Clinical Investigation, and would have the financial support of a Ryan Fellowship for the first five years, with a guaranteed extension from years six to eight, according to the suit.

When the student rebuffed the professor's alleged advances, the professor retaliated, according to the suit, by "interfering with his academic accomplishments and opportunities."

Specifically, the professor discontinued a scholarship program the student was counting on. But the student's advisor told him it was too late to file a complaint, since the alleged harassment had taken place more than two years prior. That's an inadequate response, however, according to The Washington Examiner's Ashe Schow, who reports that the time limit only applies to formal Title IX complaints.

Nevertheless, Northwestern University Title IX Coordinator Joan Slavin investigated the student's accusation and found that the professor's conduct was "ill-advised and unwelcome," but did not constitute sexual harassment.

Both Schow and The College Fix's Greg Piper think things might have gone very differently for the student had he been a woman:

Now imagine, as the College Fix does, what would have happened had a female student made similar allegations against a professor. One doesn't have to imagine, because NU had previously allowed a female student's accusation against a professor to continue despite the alleged misconduct occurring two years prior. That case involved an accusation of sexual assault, not sexual harassment, but Title IX requires schools to handle both, so the 180-day rule should have applied.

I have no idea whether the student's lawsuit is justified. It would appear so, if the stated facts are accurate. A student should not suffer academically because he rebuffed a professor's sexual advances. And Title IX is commonly understood to protect members of the university community from that specific kind of retaliation.

Of course, whether the professor actually retaliated against the student is unknown. Mere "ogling" and sexual advances probably satisfy the absurdly low bar for sexual harassment under Title IX, though I don't think they should. Students and professors should not be punished for merely expressing sexual interest in each other.

Ironically, an essay on this topic—sex between students and professors, and Title IX—is precisely what got Northwestern University Professor Laura Kipnis in trouble with the university's Title IX inquisition. In that instance, administrators hired a team of outside lawyers to investigate whether the act of writing about Title IX cases was itself a violation of Title IX.

It's more than a little ironic that Northwestern didn't take an alleged case of actual sexual harassment nearly as seriously.