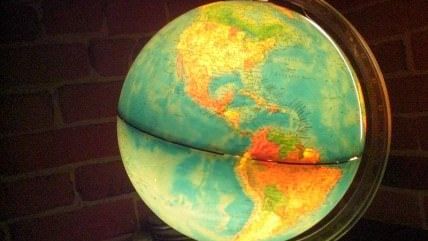 Well, at least we scored above the average! The Cato Institute, working with the Fraser Institute, and the Liberales Institut at the Friedrich Naumann Foundation for Freedom, has released its Human Freedom Index. It takes each country where it's possible to get enough data to evaluate individual freedom (so no North Korea) and scores it on a scale of one to ten for both personal freedom and economic freedom. Then it ranks them based on the averages of the two scores.

What sort of freedoms do they evaluate? Here's the list:

And who ranked in the top 10 in this year's report? They were, in order: Hong Kong, Switzerland, Finland, Denmark, New Zealand, Canada, Australia, Ireland, the United Kingdom, and Sweden.

The United States was 20th, between Mauritius and the Czech Republic. Ranking dead last on the list was Iran, but again, brutal, secretive countries that lack access like North Korea and Belarus aren't ranked at all.

The full report (pdf) drills down on what factors contribute to each category. Trends from the previous report that used figures from 2008 show that global freedom remains about the same, but individual countries seem to have equally improved or worsened their scores. Cato also notes that countries with more freedom see higher per capita income than those with less, a hint to those who want to blame capitalism or free trade (or gay marriage!) for the world's ills.