Happy is the child, 8 or 18, who is not constantly afraid and aggrieved. 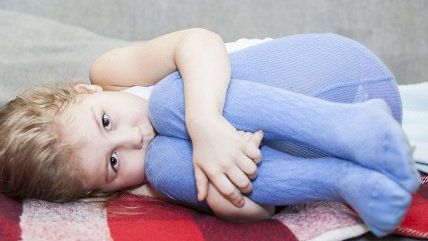 This is the article everyone's talking about: "The Coddling of the American Mind," by Greg Lukianoff and Jonathan Haidt, on the cover of this month's Atlantic. It discusses the idea taking root on college campuses that students cannot be exposed to ideas, words, or phrases that perturb them.

That's why schools are embracing "trigger warnings," which are placed at the top of readings that might trigger flashbacks to some unpleasant episode in a student's life. Some Harvard University law students, for instance, balk at the idea that they would have to learn about rape law—hearing about that crime might re-traumatize anyone who had lived through it.

The article also discusses "microaggressions"—remarks made, even innocently, that are received as blows by the person being addressed. For instance, asking Asian or Hispanic students where they were born could come across as a hint that the speaker does not consider the other student totally American. That's the "aggression."

The entire article is so brilliant, I am ashamed of my simplistic reduction of it, but I want to get to the Free-Range meat of the matter: Why are college students being treated as so supremely fragile that they can't read a disturbing book, and must be constantly on the lookout for any remarks or attitudes that could somehow be labeled aggressive?

Because that's how we have been taught to raise our children these past 20 or 30 years: thin-skinned, super-sensitive, and primed to turn to the authorities—parents, teachers, and now deans—any time they feel the slightest bit uncomfortable or aggrieved.

After all, this is the generation we raised with "baby knee pads" to make crawling less painful, and helmets to protect them while toddling. Somehow, we became utterly convinced that our kids bruise so easily and permanently that special precautions must be taken—precautions that were never necessary until this moment in history. That message grew up into trigger warnings: Watch out, kids! You are too easily hurt.

This is also the generation that grew up getting trophies for 8th place. My son got one, on a league with nine teams. With that trophy came the same message: Kids, you are too fragile to handle the micro-misery of losing.

And this is also the generation of students who grew up surrounded by posters at school exhorting them to be on the lookout for bullying. When bullying is the thing you look for, bullying is what you see. What starts as hyper-alertness to bullying in third grade ends as hyper-sensitivity to microaggressions on college campuses.

Are we doing are kids any favors? Lukianoff and Haidt say no:

What are the effects of this new protectiveness on the students themselves? Does it benefit the people it is supposed to help? What exactly are students learning when they spend four years or more in  a community that polices unintentional slights, places warning labels on works of classic literature and in many other ways conveys the sense that words can be forms of violence that require strict control by campus authorities?

Students are learning that they are as helpless and easily hurt as infants. This, of course, is not helping them at all—not in terms of their education, and not in terms of their psychological health. The authors quote a survey of the American College Health Association that found 54 percent of college students surveyed said they had felt "overwhelming anxiety" in the past 12 months, up from 49 percent just five years before.

Naturally, you are going to feel anxious if you've been told from infancy that basic locomotion is dangerous, losing is unendurable, classmates are out to get you, and you are not equipped to stand up for yourself.

And it's not that I blame us parents! I blame a society that keeps telling us, through products and programs and even laws, that our kids are in constant danger, so we must make things safer, safer, safer. For God's sake, I got a press release last week from the Environmental Working Group asking restaurants to pledge to give kids only "asbestos-free" crayons—as if the tiny exposure to the tiny amount of asbestos in a crayon while waiting for chicken fingers is going to scar their lungs for a lifetime. Our society sees every "micro" as "macro."

Free-Range Kids has always championed our children's resiliency. Not that we endorse danger or callousness or cruelty (who would?), but that we believe our kids can  roll with some punches—even touch an off-brand crayon—and live to see another, non-paranoid day.

In our understandable but misdirected desire to keep our kids super-safe, we have succeeded in making them super-sensitive instead. Happy is the child, 8 or 18, who is not constantly afraid and aggrieved.