Paul's effort to brand Trump a "fake conservative" earns angry Twitter tirade from "Trump," who has begun putting his own name in scare quotes. 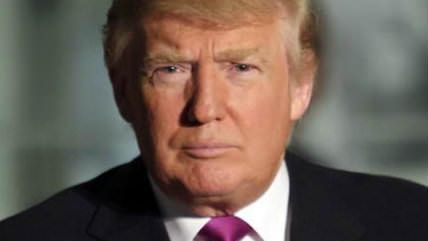 Republican presidential frontrunner Donald Trump turned his Twitter ire to fellow GOP candidate Rand Paul on Monday and Tuesday, calling the Kentucky senator "truly weird" and "a spoiled brat without a properly functioning brain." Trump's tirade is ostensibly in response to a piece Paul penned for IJReview calling Trump as a "fake conservative" and condemning Tea Party types for supporting him.

"I honestly have no idea what Mr. Trump's real philosophy is," Paul wrote. "He was liberal before he was conservative, and has openly professed for decades that his views are those of a Democrat. …  How can a quarter of the GOP support a guy who was a Republican, then an Independent, then a Democrat, and then a Republican again?"

Paul acknowledged Trump's appeal, but cautioned that it's all smoke and mirrors:

It is refreshing to hear someone speak truth to power, to transcend Washington-speak, and cut through the staidness of our politically correct world but not when it is all blather, non-sequitur, and self-aggrandizing bombast. Donald Trump is showing he isn't suited to lead the country, and I think we all need to discuss why. … We don't need a bully, and we don't need another President who thinks he is King.

(…) Voters are hungry for a plain-spoken critique of Washington. But I'm unsure how credible that voice is when it comes from the consummate insider, a man who buys and sells politicians like he does Lamborghinis.

Paul—who also held a press conference call yesterday "to discuss Donald Trump's problematic conservative record"—concluded his op-ed by calling it sad that the "Tea Party awakening could be hijacked or hoodwinked" by someone like Trump. "I was there at the first Tea Party in 2007 and I'll be damned if I'm going to stand passively by and watch the movement destroyed by a fake conservative," wrote Paul. "Unlike Trump, I have serious, specific proposals for the largest tax cut in American history and a five-year balanced budget. I offer real solutions to defeat the Washington Machine like ending corporate welfare, term limits and forcing Congress to read the bills."

Cruz is in Trump's good graces after calling it "foolish" for other GOP candidates to have gone "out of their way to smack Donald Trump with a stick." Today Trump told CNN that he plans to "keep whining and whining" until America is great again.