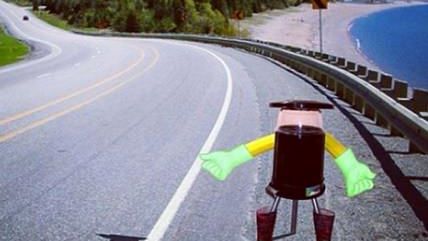 Did Pot Contribute to Sandra Bland's Death? Local officials implausibly suggest that marijuana played a role in her arrest and suicide. By Jacob Sullum

PRIME Act Would Steer Meat Processing in the Right Direction: A great new bi-partisan House bill would wrest control over intrastate meat slaughter from the USDA. By Baylen Linnekin

Spies, Lies, and the Underground: A new book shines some light on the violent radicals of the 1970s but misses their biggest impact on American politics. By Athan Theoharis

When Your Records Are Not Yours: Two cases highlight the precariousness of privacy. By Jacob Sullum

Highlights from the 2016 Campaign Literature: A look at what the presidential campaigns are saying. By Glenn Garvin

Why Does Cadbury Chocolate Taste Worse In America? An overzealous FDA and a bitter trademark battle keep British expats from enjoying their favorite sweets. By Scott Shackford

Food Freedom in 2015: The good news and bad news about culinary choice in America. By Jason Keisling and Katherine Mangu-Ward

Joshua Oppenheimer's 'The Look of Silence' Confronts the Perpetrators of Genocide:An unforgettable documentary looks at the lasting scars of the Indonesian mass killings of 1965. By Todd Krainin.