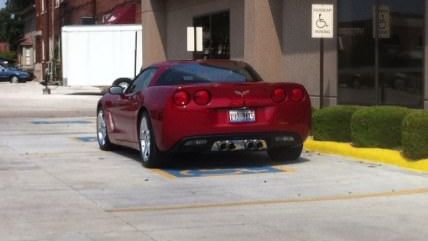 The United Arab Emirates arrested and later deported an Australian woman for posting a photo on Facebook of a car parked across two handicapped parking spaces. A court found Jodi Magi guilty of posting "bad words on social media about a person." She was also fined $3,600.