Corporations provide an easy political target for tax-hungry politicians, but the burden of corporate taxes falls on ordinary citizens. 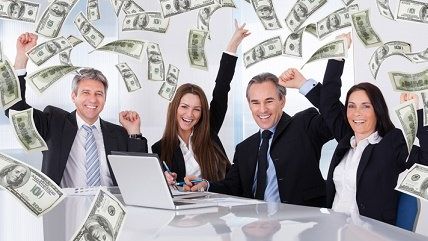 If Greece's ongoing fiscal quagmire demonstrates anything, it's that Europe's largest welfare states live in denial. Even as the bills from decades of profligate spending came due, Greeks took to the streets, not to demand a new path but to insist on continuing the status quo. Even their European creditors, in calling for tax hikes instead of strictly pro-growth reforms, would perpetuate the tax-and-spend cycle. It thus comes as no surprise that these same nations are leading the charge through the Organisation for Economic Co-operation and Development to raise corporate tax rates globally.

This isn't the first effort by the OECD to undermine tax competition and coerce low-tax nations to change their tax policies for the benefit of irresponsible high-tax nations. Since 1998, acting on behalf of European high-tax nations, the OECD has sought to prop up bad tax policy and create an international tax cartel, largely with an indirect form of tax harmonization made possible by destroying financial privacy laws.

Now the OECD is targeting multinationals and has launched a new scheme to boost tax burdens on business. The underlying assumption behind the base erosion and profit shifting, or BEPS, project is that governments aren't seizing enough revenue from multinational companies. The OECD makes the case, as it did with individuals, that it is illegitimate for businesses to legally shift economic activity to jurisdictions that have more favorable tax laws.

Its solution is to force those companies that wisely structured their operations to benefit from low-tax jurisdictions to declare more income in high-tax nations. In other words, they want to harmonize rules and ensure that corporations pay the same regardless of where they choose to locate their business activities.

The expected outcome of BEPS is a higher overall tax burden on economic producers. The OECD insists the project is necessary because nations aren't collecting what they need under the current competitive system, yet its own reports acknowledge that corporate tax collection hasn't declined as a percentage of its members' gross domestic products over the long run.

Besides, corporate taxes rank among the most destructive to economic growth, making the OECD's efforts largely self-defeating. Removing the ability of companies to mitigate the damage of ill-conceived taxes will only enhance their destructive power. Far from filling government coffers in order to continue funding massive redistributive welfare regimes, BEPS will strangle global economic output and erode tax bases even further.

Reducing the size of bloated governments would be a better idea, but as with both Greece and its creditors, the obvious eludes the OECD.

Sadly, the OECD is also rolling out information collection systems that could make the National Security Agency blush. So-called country-by-country reporting will require companies to hand over far more information than they currently release, including proprietary data related to their competitive positions. As any current or former federal employee can attest, there's almost no chance this information can be kept confidential and out of the hands of competitors or hackers.

It's also hard to take seriously OECD claims that reported information will be used only to observe trends and assess where there is the greatest risk of tax evasion. The far likelier outcome is that it provides a blueprint for squeezing more tax dollars from corporations, particularly U.S.-owned businesses that reinvest offshore to avoid the excessive 35 percent tax rate they would face if they brought earnings back to the United States.

Corporations provide an easy political target for tax-hungry politicians, but the burden of corporate taxes falls on ordinary citizens. Employees, shareholders, and investors will bear the brunt of the OECD's corporate tax grab, all because European politicians refuse to accept responsibility for building bigger governments than their economies can sustain.