Wesley Clark on 'Radicalized' Americans: Let's 'Segregate Them from the Normal Community' 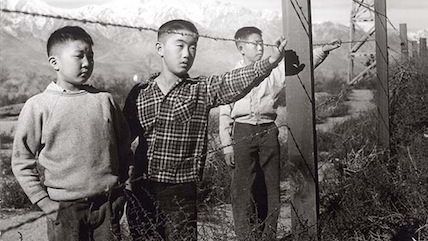 Here's the heart of Clark's comments:

…on a national policy level, we need to look at what self-radicalization means. Because we are at war with this group of terrorists. They do have an ideology. In World War II, if someone supported Nazi Germany at the expense of the United States, we didn't say that was freedom of speech. We put him in a camp. They were prisoners of war. So if these people are radicalized and they don't support the United States and they're disloyal to the United States, as a matter of principle, fine, that's their right. It's our right and obligation to segregate them from the normal community for the duration of the conflict.

Needless to say, "the conflict"—be it with radical Muslims, the radical right, radical animal-rights activists, or anyone else feared by a substantial slice of Washington—has no clear end. So the general is basically calling for indefinite internment. And not just of violent people, but of anyone who has been "radicalized."

There are many good reasons to reject the "radicalization" framework for stopping terrorism, including the fact that it probably doesn't even work. (For more on that, go here and here.) But the worst thing about it is that it feeds the contempt for civil liberties that fuels batty proposals like Clark's.