Obscure interpretation of federal law vs. the First Amendment. 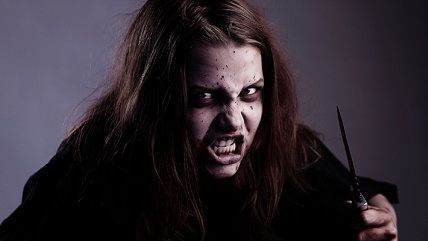 A University of Kansas student was expelled for calling his ex-girlfriend a "psycho bitch" on Twitter. The tweet, which did not mention the woman by the name—and was not visible to her—is disallowed under Title IX, KU has argued.

The matter is now before the Kansas Court of Appeals. Both the American Civil Liberties Union and the Foundation for Individual Rights in Education have filed briefs in support of the former student, Navid Yeasin. According to FIRE:

The widespread abuse of harassment policies under the banner of Title IX enforcement signals to students and faculty that colleges and universities are no longer safe for free speech. The misapplication of Title IX and other anti-harassment statutes affects the speakers directly and also chills other would-be speakers by signaling that engaging in controversial, dissenting, unpopular, or merely inconvenient expression may lead to investigation and discipline. In an atmosphere where students and faculty do not feel free to express and debate different views, ideas, and opinions, the creation and development of knowledge will grind to a halt, to the detriment of not only the university community but also society as a whole.

After a dispute between Yeasin and his ex-girlfriend—who was also a student—KU imposed a no-contact order on him. KU then accused him of violating that order by tweeting "psycho bitch" and "#psycho," even though the tweets did not identify his ex-girlfriend as the target of these insults. He was eventually expelled. A county judge ruled in favor of Yeasin last November, but KU appealed the decision.

At the Court of Appeals hearing on Tuesday, KU attorney Sara Trower argued that Yeasin's tweets were designed to alienate his ex-girlfriend and created a hostile environment for her in violation of Title IX. According to KCTV:

"Why isn't that prior restraint of speech?" he asked. "You can't talk about anybody, isn't that right? Isn't that what you're saying?"

Trower responded that the school is saying "you can't persist by retaliating and harassing her, seeking to alienate her."

Yeasin's attorney countered that KU was assuming "world-wide jurisdiction" by policing speech outside the university campus.

It seems likely that Yeasin will win his case and be able to re-enroll at KU in the fall, and that's a good thing. Still, this was quite an ordeal for the young man; his entire life was put on hold for more than year because he said something mean. That's it. If the standard of offensive conduct is this low, any student who sends a similar tweet—perhaps complaining about a particularly difficult professor, or loud roommate, or unpleasant cafeteria worker—could find himself in a similar situation.

Time and time again, we see Title IX being used as a weapon to smash free expression at university campuses. Administrators cannot—and should not—interpret the law in such a manner. Perhaps Congress, or the courts, can remind the federal bureaucrats in the Education Department's Office for Civil Rights that the First Amendment trumps overly-broad government anti-harassment dictates.