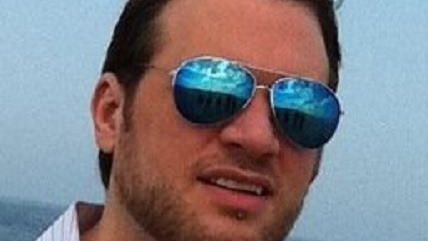 Public shaming and professional retaliation, or even destruction, for unpopular speech seems to have become a regular feature of life—but also a subject of growing concern. Most notably, in the past month, scientists, politicians, and others have rallied to the defense of British biochemist and Nobel laureate Sir Tim Hunt, whose ill-conceived joke about women in science at a conference sparked a Twitter storm and ended his academic career. The pitfalls of social media shaming were recently explored by British journalist Jon Ronson in the acclaimed book "So You've Been Publicly Shamed," which examines such notorious incidents as the Twitter mobbing of public relations rep Justine Sacco in December 2013 over a racially insensitive joke.

But before Hunt, before Sacco, before the ouster of Mozilla CEO Brendan Eich over his opposition to same-sex marriage, there was another drama of career-killing Internet outrage: the undoing of Business Insider Chief Technology Officer Pax Dickinson. It is a story that raises troubling questions about speech and consequences.

Unlike Sacco or Hunt, ruined by a single misinterpreted moment of levity—or Eich, penalized for what had been only recently a mainstream viewpoint—Dickinson had a long history of outrageous Twitter comments that were a mix of deliberate provocation and controversial opinions. His precipitous downfall began when those tweets caught the attention of a writer for Valleywag/Gawker, who described Dickinson as "your new tech bro nightmare."

I followed the Dickinson debacle in September 2013. While I shared his critical view of feminism in tech, which often seems to be less about advancing women than fostering grievance, dispatches from the field made Dickinson sound like a genuine male chauvinist. (One of his much-quoted tweets said, "Tech managers spend as much time worrying about how to hire talented female developers as they do worrying about how to hire a unicorn," which seems to imply that female talent is mythical.) While such opinions certainly shouldn't be punished or censored by the government, there are certainly good reasons for a company not to want a top executive who publicly voices them—from bad public relations to potential discrimination suits.

I was, therefore, somewhat wary at first when another journalist contacted me with an offer to speak to Dickinson for a possible feature on his professional exile. After several email exchanges, I ended up meeting with him for a long interview at his New Jersey home and speaking to several women who had worked with him in the past. I came away convinced that there was much more to this story than the mainstream media narrative of a sexist "tech bro" getting his comeuppance. Even if Dickinson was in part the victim of his own recklessness, what happened to him was another chapter in the annals of self-righteous online outrage that mobs first and asks questions later.

A lifelong computer geek who dropped out of college after one year to work for his father's business, taught himself Web development, and rose from help desk technician to highly sought-after tech industry executive, Dickinson, now 42, freely admits that he has always enjoyed being "somewhat trolly" in social media—both expressing strong opinions and being deliberately provocative. In part, this was also related to the fact that for a long time, his following was limited to a small circle of people who knew him and were familiar with his style.

Some of the comments that would later get Dickinson branded sexist and racist were clearly meant as provocative humor, and sometimes arguably as mockery of sexism and racism.  One particularly infamous July 2010 tweet—"In Passion Of The Christ 2, Jesus gets raped by a pack of n*****s. It's his own fault for dressing like a whore though"—was spoofing the infamous Mel Gibson phone rant in which he used similar language to tell his girlfriend it would be her fault if she were raped.  (That context was forgotten more than three years later when the tweet was publicized.) "It didn't even get many retweets or make a splash," says Dickinson. "I had 50 followers. Was it edgy? Of course. But everyone knew what it was about."

Other tweets that came back to haunt Dickinson do reflect genuinely-held contrarian views—such as this one from June 2009, more than a year before the start of his time at Business Insider: "Women's suffrage and individual freedom are incompatible. How's that for an unpopular truth?" That's a reference to the argument, made by some conservatives and libertarians, that female voting leads to government expansion because women favor more activist government. Does Dickinson stand by this statement? Sort of—with a disclaimer: "Saying that I'm against women voting is kind of trolling, because I'm against anyone voting." (For the record, he says he doesn't vote.) Dickinson, who describes his views as "libertarianish" but thinks libertarians "venerate democracy a little too much," is of the opinion that democracy itself is probably incompatible with freedom since it allows majorities to vote themselves more benefits until the system breaks down. He does believe that the female vote is likely to make the problem worse because women tend to be more safety-minded than men; but he's not particularly keen on the male popular vote, either.

Whatever one may think of these views, they did not attract attention until the fall of 2013, when Dickinson found himself in a Twitter war over feminism in the tech industry. This was not, he stresses, about equal opportunity for women, but about a wave of censorious overreaction to real or perceived sexist slights. Earlier that year, Dickinson had been troubled by the scandal known as "Donglegate," in which tech specialist and blogger Adria Richards tweeted to complain about two men exchanging innocuous, slightly off-color jokes behind her at a conference—costing one of the culprits his job. In September 2013, he criticized the outrage over "Titstare," a mobile app presented as a joke at a San Francisco tech conference (its purpose was for men to take photos of themselves staring at cleavage). Dickinson argued that while the app was crass and inappropriate, to call it misogynist was to trivialize the term.  Soon he found himself tangling with feminists and tweeting, "Feminism in tech remains the champion topic for my block list. My finger is getting tired." Soon enough, Valleywag's Nitasha Tiku was on his trail, going back through his Twitter timeline, and his fate was sealed.

Dickinson insists that he is no enemy of women in the tech industry: "Any tech manager I've ever known who's hiring people is so desperate for good talent—you do not care if that good talent is male or female or any color of the rainbow." That, he says, was the point of his "hiring a unicorn" tweet: not that talented female developers are mythical, but that a manager doesn't give any thought to gender because any good talent is rare enough. He also points out that he had no problem reporting to a woman—his boss at Business Insider was CEO Julie Hansen, with whom he got along just fine until the Twitter outrage machine caught up with him—and that many women had no problem working for him or with him.

These would be obviously self-serving claims if I had not spoken to several women who tell the same story. "I never saw him treat women any differently than men," says Dina Ledvina, formerly a quality assurance engineer at Business Insider—a company that she says always had a female-friendly environment. "Sophie," another female tech professional who asked to remain anonymous, says that Dickinson was not only supportive of her work but helpful and understanding when she needed flexible arrangements for family reasons. She wrote to me that she "felt bad for Pax" when watching the media storm: "It's hard to see your friend being misrepresented."

And then there's Elissa Shevinsky, Dickinson's former partner in a start-up called Glimpse, a project to build an app that protects the privacy of online conversations. Shevinsky had met Dickinson in 2012, about a year before his notoriety. "Despite his tweets, Pax evaluates everyone as an individual. He never took me less seriously because I was a woman," she told me in an email. "Pax isn't afraid of strong women. He believed in me so hard, and it was very easy to believe in what we could do together."

It is a somewhat unlikely testimonial—considering that the Titstare incident, which precipitated Dickinson's conflict with feminists online, also served as Shevinsky's feminist epiphany. After the scandal, she left Glimpse. Then, in the spring of 2014, she came back as CEO and agreed to partner with Dickinson once again; he agreed to write a public letter of apology.

The apology was enough for Shevinsky—but not for the industry, which still views Dickinson as too toxic to touch. Eventually, he chose to leave Glimpse after realizing that his presence was a major obstacle for Shevinsky in getting venture capital. To this day, he remains essentially unemployable. He says he has received about a dozen enthusiastic job offers that quickly fizzled after he informed his would-be employers of his 15 minutes of infamy. He has worked on several freelance projects that he cannot put on his resume because the companies that hired him don't want it known that he worked for them. He and his wife, Kelly, currently depend primarily on her small income from a home-based business selling fine china.

"Is it fair that Business Insider fired me? Sure," says Dickinson. "I made the company look bad. Having those libertarian sympathies, I don't think anyone should have to employ someone they don't want to employ. But I think being blacklisted and pressure being put on any company that might consider hiring me is a much different issue."

Some influential figures who champion progressive causes in the tech industry have openly encouraged the blacklisting. Shortly after Dickinson's downfall, technologist and blogger Anil Dash wrote, "If you're a venture capitalist, and you invest in Pax's startup without a profound, meaningful and years-long demonstration of responsibility from Pax beforehand, you're complicit in extending the tech industry's awful track record of exclusion, and it's unacceptable."

Shevinsky strongly disagrees. "I worry about efforts to ostracize people from the community," she wrote to me. "What does it mean if we try to take the right to work away from people with opinions that we find dangerous?"

Dickinson makes the same point in his own still-contrarian, bloodied-but-unbowed style. "I'm very used to working with people who have politics that I find reprehensible," he says. "I mean, I find everyone's politics reprehensible, and I don't mind working with them or being friends with them. I'm used to that. It seems other people aren't."

Ensuring that women and minority groups are not excluded from workplace opportunities is a worthy goal.  But the exclusion of people guilty of holding unpopular views is still exclusion—and that's a trend now spreading to far more innocuous forms of thought-crime than Dickinson's provocative tweets. After linking to a piece about the Tim Hunt debacle, Dickinson says he received a message from a fellow software developer. It said, "You were the canary in the coal mine in so many ways."