Teachers who don't agree with their union's politics have to pay up anyway. 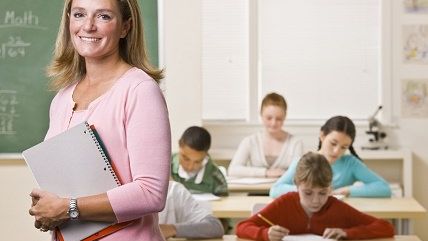 In a move that likely signals a willingness to deprive teachers unions of the power to collect compulsory fees, the Supreme Court has decided to hear a case challenging the practice next fall.

On Tuesday, the Court announced that it will take up Friderichs v. California Teachers Association. The petitioners are teachers who object to the union's collective bargaining strategies, as well as its political advocacy. In California, even teachers who aren't part of the union are forced to pay dues to fund the union's activities.

Lead plaintiff Rebecca Friedrichs says mandatory dues violated her First Amendment rights by requiring her to provide financial support to causes she doesn't support. When I interviewed her for The Daily Caller in December of 2013, she told me that she favors school choice, but is forced to give money to a union that lobbies against that policy. She also thought the union was harming her students' interests by protecting bad teachers.

The teachers are represented by the Center for Individual Rights. Its president, Terry Pell, worte in a statement:

This case is about the right of individuals to decide for themselves whether to join and pay dues to an organization that purports to speak on their behalf.  We are seeking the end of compulsory union dues across the nation on the basis of the free speech rights guaranteed by the First Amendment.  Rebecca Friedrichs and the other California teachers we are representing are looking forward to their long overdue day in court.

The Supreme Court has never held that compulsory union dues violate free speech rights. But there is good reason to expect that the current court might rule that way. The conservative 5-4 majority in 2012's Knox v. SEIU essentially invited such a challenge, and the decision today by the Court to hear the case is a very good sign.

A big win for Friedrichs could have massive consequences. California is just one of 20 "closed-shop" states that require non-members to pay union dues. Compulsory unionization could be ruled unconstitutional on First Amendment grounds nationwide.