Courts would be required to make sure somebody will pick up the slack. 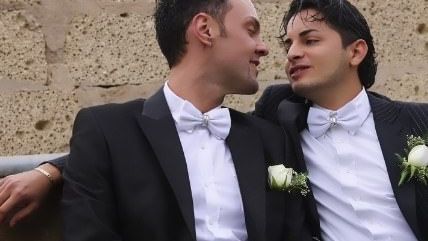 County workers in North Carolina have been granted permission to refuse to not just perform gay marriages, but to refuse to actually issue marriage licenses to gay couples under a new law passed despite a veto from the state's governor.

What the law actually says is that magistrates can recuse themselves from performing or handing out marriage licenses to anybody on the basis of a "sincerely held religious objection." The law itself does not mention gay marriages, but that's obviously what it's for.

But the law wouldn't let magistrates or registers of deeds just pick and choose. The individual would have to recuse himself or herself from performing all marriages or issuing all licenses for at least six months. It would be up to the courts to make sure that each jurisdiction has somebody who will be willing to preform marriages and issue licenses for "at least a total of 10 hours per week, over at least three business days per week."

These government clerks who recuse themselves cannot be disciplined or charged with failing to discharge duties under the law. Gov. Pat McCrory, a Republican who opposes same-sex marriage recognition, nevertheless vetoed the bill, arguing "no public official who voluntarily swears to support and defend the Constitution and to discharge all duties of their office should be exempt from upholding that oath." Today, the state's House joined its Senate in overturning the veto.

There are obviously concerns that this recusal will cause delays for any couple trying to get married, not just same-sex couples. My concern is that the solution to such a problem would be to hire even more paid government employees at taxpayer expense in order to accommodate everybody. I am somewhat sympathetic to anybody who doesn't want to be forced to perform a marriage, even a civic one, for religious reasons. I am completely unsympathetic toward anybody who wants to use religion as reason to avoid handing out marriage licenses, which are government acknowledgments of contractual relationships and whatever benefits and obligations that may follow and have nothing to do with God.

The Supreme Court will be ruling any day now whether the 14th Amendment obligates states to recognize same-sex marriages. States are grappling with how to deal with an outcome in favor of the gay couples, which seems more and more likely. A new poll has 65 percent of Americans believing the Supreme Court will toss out bans on gay marriage recognition.