Are We Really Seeing a 'Nationwide Crime Wave'?

And what's behind the increase in Baltimore's homicides? 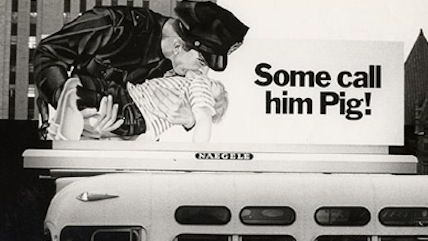 Many pundits on the right, most notably Heather Mac Donald, have been hyping a "new nationwide crime wave" they blame on a "Ferguson effect." Jason Linkins throws some cold water on the argument:

[T]here's no denying that there are a number of urban police departments that have themselves some problems. But does all of this add up to a "new nationwide crime wave"? I'm afraid not. Further examination tells a story of cherry-picking.

For instance, as you go through [Mac Donald's] three-paragraph flurry of frightening statistics slowly, you become aware that there's a lot of mixing and matching happening. Homicides are compared to shootings. Robberies are broken out in one instance, while in another instance, the whole of one city's violent crimes are bundled together under the banner of "other violent felonies."

New York City's scary stat, to Mac Donald, is the murder rate. I can see why: according to CompStat, homicides thus far this year are up in comparison to the rate over a comparable period of time last year. And yet, if you just glance over to right of the spreadsheet, you'll also learn that the homicide rate in New York City is down 32 percent when compared to five years ago, and down 83 percent compared to 22 years ago. All of which indicates that New York City's darkest days are well in the past, regardless of this year's slight spike. Speaking of, the overall rate of violent crime in New York City is actually down by nearly 7 percent this year.

When Mac Donald talks about Los Angeles, however, suddenly she's not worried about the homicide rate. Instead, the frightening data point becomes "shootings and other violent felonies." When you look at CompStat, you see why: although incidents of rape, robbery and aggravated assaults are up, the homicide rate isn't.

What tells the more accurate story about a crime wave, homicide rates or total violent crime? For Mac Donald, it's whatever statistic looks more alarming.

There's more, culminating in the observation that if you look at the nation's 15 largest cities as a group, the murder rate is actually lower this year than last year. You should read the whole thing, but the takeaway is that any talk of a "nationwide" crime surge is at best premature, at worst sheer fearmongering.

The more interesting question, at least from my perch here in Maryland, is why homicides have been leaping in Baltimore.

There's no denying that they've increased sharply since the April riots, though there's strong disagreement as to why that's so. One major theory, echoed recently in a Time article, is Mac Donald's: The cops are withdrawing and the crooks are emboldened. (The officers are usually said to be simply holding back out of fear, now that their colleagues have been charged in the killing of Freddie Gray. But some variations suggest that we're watching a surreptitiously coordinated police protest.) The other major theory—ignored by Time but cited fairly frequently in the Baltimore press—highlights the many pharmacies looted during the rioting. If those stolen drugs moved onto the black market without passing through the usual organized channels, that obviously could set off turf wars or other violence.

What neither of those theories can explain is a fact noted by an invaluable local website, the Baltimore Brew: Shootings in Baltimore actually started increasing over the winter, when Freddie Gray was still alive. The problem has intensified considerably in the last two months, so no one's denying the role the riot played; it's just that there seems to be another street dynamic at work as well, and us outsiders haven't figured out what it is yet. When I mentioned this to one reporter last weekend, he offered this explanation: "Stephanie"—that is, Mayor Stephanie Rawlings-Blake—"just doesn't know what she's doing." I certainly won't argue with that, but I'm pretty sure it doesn't explain everything.