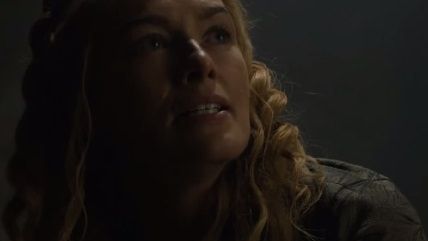 In February, Northwestern University Professor Laura Kipnis denounced the sexual paranoia taking hold at American college campuses. Soon after, she learned that her essay on the subject had triggered protests, petitions, and even formal Title IX complaints from students who disagreed with her.

Now Kipnis has penned a second essay for The Chronicle Review detailing the formal review process she underwent as a result of those complaints—which, again, were filed because students objected to the content of a tenured professor's speech and asserted that federal anti-harassment laws entitled them to protection from opinions that bothered them.

When I previously wrote about Kipnis, I referred to the Title IX process as akin to the Spanish Inquisition. In her latest, revelatory essay, Kipnis uses the same metaphor: "My Title IX Inquisition."

While the details of the investigation will be familiar to anyone who has read stories about university sexual assault adjudications, what's striking about the Kipnis case is that the "incident" was an essay, not an actual confrontation of any sort.

Kipnis was informed that the charges existed—not what they were—via email. Norwthwestern's Title IX coordinator explained that the university would hire an outside law firm to investigate the complaints. Kipnis was not entitled to a lawyer—though she could bring a silent "support person"—and wouldn't be notified of the actual charges until she sat down with the investigators: either in person or via Skype. The investigators, who worked out of state, would be flown in to deal with her.

Kipnis was not permitted to record her conversation with the investigators, so her recollection of the charges is based on notes she took during her meeting with them:

… my essay included two paragraphs about a then-ongoing situation on my campus involving a professor who was himself the subject of two sexual-harassment investigations involving two students. This professor subsequently sued university officials and one of the students for defamation, among other things. The charges had occasioned a flurry of back-and-forth lawsuits, all part of the public record, which had been my source for the two paragraphs. My point in citing this legal morass was that students' expanding sense of vulnerability, and new campus policies that fostered it, was actually impeding their educations as well as their chances of faring well in postcollegiate life, where a certain amount of resilience is required of us all.

Both complainants were graduate students. One turned out to have nothing whatsoever to do with the essay. She was bringing charges on behalf of the university community as well as on behalf of two students I'd mentioned — not by name — because the essay had a "chilling effect" on students' ability to report sexual misconduct. I'd also made deliberate mistakes, she charged (a few small errors that hadn't been caught in fact-checking were later corrected by the editors), and had violated the nonretaliation provision of the faculty handbook.

The other complainant was someone I'd mentioned fleetingly (again, not by name) in connection with the professor's lawsuits. She charged that mentioning her was retaliatory and created a hostile environment (though I'd said nothing disparaging), and that I'd omitted information I should have included about her. This seemed paradoxical — should I have written more? And is what I didn't write really the business of Title IX? She also charged that something I'd tweeted to someone else regarding the essay had actually referred to her. (It hadn't.)

These charges are preposterous. If the "chilling effect" charge was valid, this would essentially mean that criticizing Title IX violates Title IX. And the retaliation charge clearly stretches the definition of retaliation beyond all recognition. Again, if talking publicly about Title IX cases violates Title IX because it amounts to de facto retaliation against whomever the case concerns, the result would be that all discussion of Title IX is illegal—one side or the other could always claim retaliation.

Kipnis has not yet been informed of the investigators' findings, even though they have now exceeded their stated deadline. The complaints should be dismissed on the grounds that they are both frivolous and a pernicious threat to academic freedom. But even if that's exactly what happens, merely entertaining the notion that such complaints could be merited is a grave danger. The real "chilling effect" here is the one encouraging university faculty never to express ideas that might get them in trouble—that might get them hauled before the Title IX inquisition. Indeed, Kipnis notes in her essay that she believes men would have an even more difficult time standing up to Title IX scrutiny, and would have greater incentive to keep their mouths shut during important discussions relating to gender, sexuality, and the law.

But that's just the charges; the review process itself is every bit as absurd. Kipnis had no right to a lawyer, was expected to answer questions about the charges at the same meeting in which she learned of them, and dealt with a preponderance of evidence standard. And even though Kipnis was expected to keep the charges confidential, a graduate student wrote an article about them for The Huffington Post. The lawyers told Kipnis that she was entitled to file a Title IX complaint alleging retaliation against this student.

Indeed, a cycle of retaliatory charges seems to be what keeps this farce going. Just look what happened to Kipnis's "support person":

As of this writing, I have yet to hear the verdict on my case, though it's well past the 60-day time frame. In the meantime, new Title IX complaints have been filed against the faculty-support person who accompanied me to the session with the investigators. As a member of the Faculty Senate, whose bylaws include the protection of academic freedom — and believing the process he'd witnessed was a clear violation of academic freedom — he'd spoken in general terms about the situation at a senate meeting. Shortly thereafter, as the attorneys investigating my case informed me by phone, retaliation complaints were filed against him for speaking publicly about the matter (even though the complaints against me had already been revealed in the graduate student's article), and he could no longer act as my support person. Another team of lawyers from the same firm has been appointed to conduct a new investigation.

This anecdote, I think, reveals the men behind the curtain: it's the lawyers and bureaucrats. The Title IX inquisition must be a cash-cow for the people tasked with handling such broad and outlandish claims. Northwestern flew a team of a lawyers out to meet with Kipnis; these men would have interviewed anyone she deemed relevant to her case. Their colleagues would have initiated retaliation investigations against anyone she accused (this calls to mind recent Game of Thrones episodes, in which characters levelling accusations against each other merely manage to get absolutely everyone, accusers and accused, confined to dungeon cells). Is it any wonder that tuition prices are skyrocketing so that universities can continue to pay all these Title IX lawyers, bureaucrats, and coordinators?

I wonder how many of the students who initiate reckless, Orwellian investigations are also apt to complain that American higher education is becoming unaffordable.

(I reached out to Kipnis and Northwestern University President Morton Schapiro. Neither responded immediately. I will update this post if I hear back.)