San Bernardino Firefighters Wedgied by Their Own Petards

Resistance to cutbacks to recover from bankruptcy may result in outsourcing. 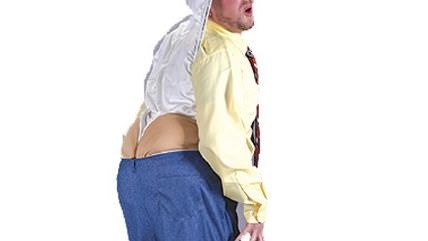 The broken California city of San Bernardino abruptly filed for bankruptcy back in July 2012 and is still, nearly three years later, slogging its way through an attempt at a plan to recover. Contributing to the city's financial problems, along with the typical rising cost of employee pensions and health benefits, was an entrenched rule in the city charter that put control of public safety employee wages out of the hands of city leaders. It was instead formulated via a calculation to match the average of nearby (much wealthier) cities, prompting on occasion the City Council to have to approve raises for some employees even while trying to deal with the bankruptcy process.

The city put a measure on the ballot last November to attempt to amend the city charter to allow for collective bargaining of public safety wages like pretty much every other city. The public safety unions fought the effort, loudly. The measure failed. San Bernardino is still stuck with the charter rule.

The union representing firefighters has been pretty much completely intransigent during the entire bankruptcy process so far. Here's Cassie Macduff of the Riverside Press Enterprise listing exactly how the firefighters' union is a main reason why the bankruptcy proceedings have dragged on so long:

The firefighters union dug in its heels and fought the city every step of the way in trying to manage its fiscal crisis. The union sued the city repeatedly. Some of the issues are still bouncing around the courts, costing tens of thousands in attorney fees.

When six city unions agreed to give back 10 percent of their pay, the firefighters union was the lone holdout.

The firefighters union long ago quit taking part in bankruptcy court negotiations, while the other creditors, including the police union, were in the good-faith talks.

And on top of all of this, San Bernardino's proposed bankruptcy plan is, like other cities that have gone through this process, favoring paying off its debt to the city's pension system while leaving bondholders with little. From Reuters:

Under the plan, city officials want to slash their $50 million pension debt to just a penny on the dollar. The city previously agreed to pay Calpers, its biggest creditor, in full now and at all times in the future, an agreement incorporated into the plan.

Oh, and also this:

Good job there, firefighter's union. The city is taking bids from other nearby fire departments to outsource the services, but there's also talk about privatizing it. This has prompted some concerns. Via The (San Bernardino) Sun:

Even before Monday's vote, the head of the union representing San Bernardino County firefighters, Jim Grigoli, spent Monday in Sacramento rallying opposition to the move.

"I'd be doing the same if this was Orange County … and I think you will have the California Professional Firefighters standing against this 100 percent, and (union) locals from all of the state," Grigoli said by phone. "You're talking about public safety. You're crossing a fine line when you do that with a private company."

There was also whining about the "profit motive," which is kind of hilarious given the situation. One councilman, Jim Mulvihill, actually called the fire union out on this:

"They're sort of the flagship of irresponsibility in terms of reacting to the city's financial crisis," he said, referring to lawsuits, dropping out of bankruptcy mediation, and union members' earlier refusal to accept 10 percent lower pay as other unions did. "And so to my point of view, we don't have a very responsive fire union. In America, competition is what makes business competitive. And if they (unions) come out in force, it's because they're threatened by competition."