Do the numbers tell us something they don't want to reveal? 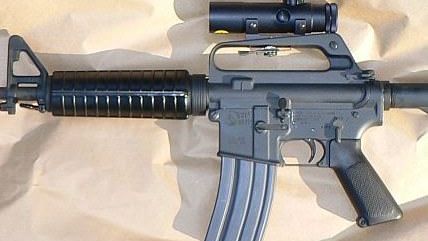 On April 30, New York Judge Thomas J. McNamara ordered the state government to reveal how many people have registered their guns as "assault weapons" in compliance with the controversial SAFE Act. The order came in response to a lawsuit filed last October, after the state police refused a request for the data submitted in January 2014. State officials insist that releasing the information—aggregate data on how many people complied wth the law—would violate New Yorkers' privacy rights. Judge McNamara didn't buy the argument. Nobody does.

New York's state Committee on Open Government, an official body charged with trying to ensure that state officials occasionally give their constituents a glimpse of just what they're up to, had already told the state to 'fess up. In an advisory opinion released last October, the committee admonished that "none of the discretionary exceptions appearing in…the Freedom of Information Law would permit the State Police to deny access to aggregate data regarding firearm and assault weapon permits."

So far, nobody but Governor Cuomo's office, and the State Police subject to his orders, seem to believe the state should be keeping this information secret. Yet, after a couple of weeks of crickets following Judge McNamara's order, a New York State Police representative responded to my friendly "so, whatcha doin'?" query by noting that "The State Police is considering an appeal of the court ruling. The release of the data is on hold until that decision is made."

Why so coy, folks?

Groups like the Shooters Committee on Political Education bet that the numbers of compliant gun owners are vanishingly small. When the SAFE Act passed, New Yorkers vowed, in large numbers, to defy the registration law. Neighboring Connecticut, which pased a similarly restrictive statute, received about 50,000 applications for "assault weapon" registrations out of an estimated (by the state legislature) 372,000 rifles covered by the law. There was much rending of clothes and gnashing of teeth in response to the mass disobedience, with the Hartford Courant editorial board ludicrously threatening to send the cops after everybody.

Estimates put the number of "assault weapons" in New York at about one million, though nobody knows for sure. It's a politically defined category and many weapons can be rendered legal by swapping a part or two without changing the function of the firearm.

And this is New York. If Connecticut residents are telling the authorities to get stuffed, it wouldn't be surprising if New York compliance figures are even lower. Defiance of gun restrictions is, after all, the worldwide historical norm rather than the exception.

But we'll have to wait to find out for sure, while New York officials consider kicking the ball down the road just a little farther.